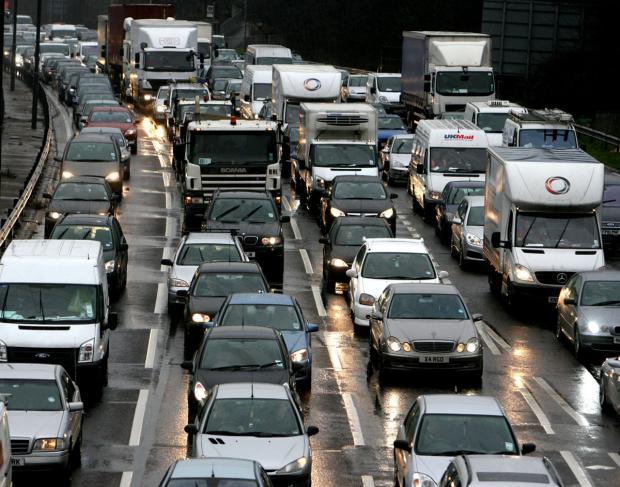 The level of motor traffic on the UK’s roads hit a record high in 2015, driven up by the growing number of vans delivering groceries and parcels to online shoppers’ homes. The Department for Transport (DfT) announced yesterday: “The provisional figure of 317.8bn vehicle miles travelled on GB roads in 2015 is the highest rolling annual total ever and 1.1% higher than the pre-recession peak in the year ending September 2007. Rolling annual motor vehicle traffic has increased for the eleventh quarter in succession.”

The DfT added: “Van traffic continued to rise faster than any other vehicle type, increasing by 6.1% to a new peak of 47.7bn vehicle miles.”

A number of senior UK politicians, among them London Mayor Boris Johnson, have already been arguing that the industry must incentivise more online consumers to choose “Click and Collect” options in order to reduce the volume of home delivery vans on the roads – and these latest figures will give them extra resolve.

It is a challenge which the parcel delivery industry is trying to meet.

Luke Davids, the CEO of e-commerce platform Parcel for Me, told Post&Parcel today (12 February)  that the figures illustrated the urgent need to take advantage of solutions to reduce the strain placed by e-commerce deliveries on the nation’s roads.

“The growing number of orders placed online have to be fulfilled but that process has enormous consequences for consumers, parcel firms, the retailers they serve and, of course, the environment – both in terms of the volume of delivery traffic and the carbon footprint which that generates,” said Davids.

“It underlines the importance of capitalising on alternative methods to alleviate the impact of single package home deliveries which aren’t being delivered on the first attempt, due to the consumer not being able to be in control of the type of delivery they need.

“The varied ‘click and collect’ infrastructure now available provides a more flexible collection than consignments shipped directly to people’s homes and is more efficient for the carriers, especially when it comes to failed or ‘carded’ deliveries, which account for as much as one-eighth of all their deliveries.

“Having carriers able to make consolidated deliveries to pick-up and drop-off points, for instance, saves a tremendous amount of time and effort and limits the number of miles needing to be travelled.

“Allowing retailers to put a broad array of such services before their customers to complement home deliveries is one of the key elements of Parcel for Me’s appeal and is one reason why so many businesses – large and small – have expressed interest in the short time since we launched.”