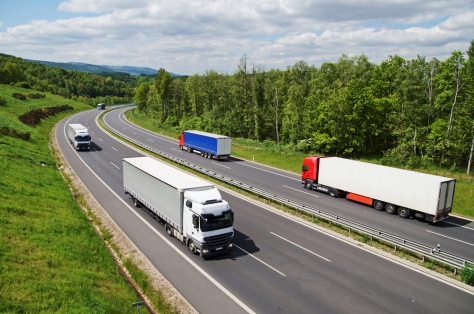 Researchers at Manchester Metropolitan University (MMU) have developed a new algorithm that helps logistics companies calculate the best routes and times to send vehicles on the road in the most efficient way. The algorithm has been developed using “Quantum Annealing”, which MMU describes as “a cutting-edge computing system only recently developed by scientists and underpinned by complex quantum physics”.

Dr Alan Crispin, Principal Lecturer in the MMU’s School of Computing, Mathematics and Digital Technology, and MSc student Alex Syrichas developed the algorithm to solve the ‘Vehicle Routing Problem’ (VRP). The work has previously been published as a paper in the proceedings of the IEEE International Conference on Systems, Man and Cybernetics.

According to a statement issued by the MMU on Wednesday (9 March): “The aim is to deliver goods located at a central depot to customers who have placed orders for those products – with the VRP optimiser minimising the total route cost.”

“It’s an emerging technology we’re using and we’ve had to undertake numerous computational experiments to prove the technique.”

“This type of technology can have lots of applications for firms and solve a range of scheduling problems, including employee timetabling.”

Dr Crispin added that the MMU is now working on expanding the research with Stockport-based IT company ServicePower Technologies “to make this applicable to the real-world market and to be used in business”.

According to the MMU statement: “A Knowledge Transfer Partnership associate is working with ServicePower to develop the technology. This follows on from a research contract for a PhD studentship that ServicePower has sponsored for similar work.

“ServicePower has made applications for three patents covering the Quantum Annealing Optimisation algorithm.”