RHA presses for meeting with new PM on Brexit issues

Road Haulage Association (RHA) chief executive Richard Burnett has requested a meeting with the UK’s new Prime Minister Theresa May “as soon as possible” to discuss the logistics industry’s perspective on the Brexit issue. In a statement issued by the RHA yesterday (12 July) Burnett said: “We congratulate Mrs May on her appointment as Prime Minister and are pressing for a meeting with her as soon as possible.  The logistics industry employs over 2.2 million people and is a vital component of UK plc.  It is therefore essential that as Prime Minister she understands that the needs and interests of our industry must be taken into account during the forthcoming Brexit negotiations.

“We enjoyed a constructive relationship with Mrs May’s team when she was Home Secretary which resulted in added security for our cross channel drivers who were suffering violence and intimidation as a result of the migrant crisis. She was also tremendously supportive of the RHA’s role in supporting the ex-veterans charity, Care After Combat.

“We are looking forward to a continued positive working relationship with her and her new Number 10 team in the coming weeks and months.” 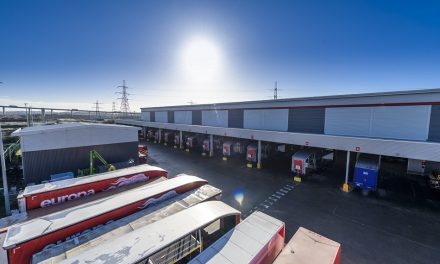