Arbitrator Michel G. Picher has accepted Canada Post’s proposal in the final offer selection process to reach a new collective agreement with the Canadian Postmasters and Assistants Association (CPAA). “Canada Post is appreciative that the arbitration process efficiently expedited the resolution of difficult bargaining issues between us and the CPAA,” said Canada Post President and CEO Deepak Chopra.

In a statement issued yesterday (16 August) Canada Post said: “Key changes under the new collective agreement include a defined contribution pension plan for new employees represented by the CPAA.

“Except for employees represented by the Canadian Union of Postal Workers (CUPW-Urban and CUPW-RSMC), every employee group at Canada Post has a defined contribution pension plan for newer employees. It exists for management and exempt employees hired after January 2010. It was negotiated with the Public Service Alliance of Canada/Union of Postal Communications Employees (PSAC/UPCE) for administrative and technical employees hired after May 2014. A defined contribution plan was also negotiated with the Association of Postal Officials of Canada (APOC) for supervisors and employees in supervisory support groups hired after February 2015.

“The new collective agreement with the CPAA also includes changes to entry-level wages which are in line with changes previously negotiated with other bargaining units. There is also an increase in employee contributions for post-retirement benefits, from 25 per cent to 50/50 cost-sharing with the employer.

“The wages and benefits package includes modest wage increases and remains competitive while reducing future costs through changes for new employees. Reducing future costs is necessary to respond to the changing needs of Canadians for postal service while respecting Canada Post’s mandate to be financially self-sustainable.

“Achieving certainty for customers and employees was Canada Post’s goal on July 8, 2016, when it proposed binding arbitration if the intensive negotiations left the Corporation and the Canadian Union of Postal Workers (CUPW) at an impasse. The CUPW rejected the idea the same day.”

The CPAA represents more than 5,000 postmasters and assistants in rural post offices across Canada.

Canada Post added: “Under final offer selection, either party may refer outstanding matters to an arbitrator if negotiations reach an impasse. The Association and the Corporation each submitted final proposals and the relevant supporting evidence. The arbitrator then had to choose one proposal in its entirety and did not have the latitude to blend elements from both.”

The Canadian Union of Postal Workers (CUPW) is the biggest postal union, representing 50,000 workers –  and it has not accepted a defined contribution pension plan for new employees. Furthermore, it has made it plain that it was “disappointed” with the arbitrator’s decision.

“The retirement security of thousands of workers and their families should not rest upon the winner-take-all decision of an arbitrator,” said the CUPW yesterday. “We uphold free collective bargaining and believe that only a negotiated settlement will result in a deal that everybody can live with.”

The CUPW’s “strike mandate” (which allows the union to call for a strike) runs out on 25 August.

Canada Post’s drones could save lives in remote areas 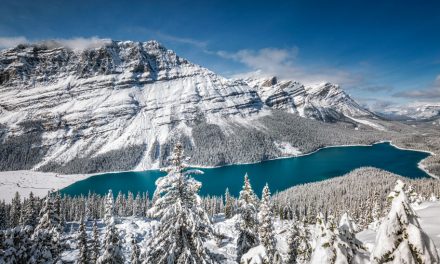