The Communication Workers Union (CWU) has served notice to the Post Office of a one-day strike planned for Thursday, 15 September. In a statement issued today (8 September) the CWU said that its members would be striking “against attacks on their job security and pensions and in defence of the Crown network and Supply Chain”.

The CWU general secretary Dave Ward claimed: “The Post Office is relentlessly pursuing a programme of cuts that will mean a further 2,000 job losses, staff being left tens of thousands of pounds worse off in retirement and the privatisation of its flagship branches. The Post Office is at crisis point and the government has to step in.

“We are making a simple demand. The Government needs to pause the cuts, convene a summit of key stakeholders in the industry and work out a strategy that gives employees and the public confidence that the Post Office has a future.”

In a statement sent to Post&Parcel, the Post Office said that the call for industrial action “can only cause concern to customers and employees”. It also urged the CWU to “re-consider” its position, and instead re-join the talks and focus on working together on a modernisation scheme.

The Post Office statement also suggested that the industrial action planned for next Thursday will not be particularly hard hitting.

“We can reassure our customers that 97% of our 11,600 branches will not be involved in any action that goes ahead,” said Kevin Gilliland, Post Office’s Network and Sales Director. “We will also work hard to minimise any disruption to customers in our 300 Crown branches should they be affected by strike action.”

Gilliland also claimedthat some of the CWU’s comments regarding the business’s performance have been “misleading” and insisted that the changes currently being put in place “are needed to make our services better for customers and ensure that Post Office branches thrive at the heart of communities for future generations”.

Gilliland added: “We halved our losses in 2015/16 and are making steady progress to reduce costs to the taxpayer by making our business simpler to run and modernising our network, which is now at its most stable for decades.

“Over 99% of people in the UK live within three miles of a Post Office branch. To secure that level of service for the future, there has been significant investment over the past few years to modernise the business and the branch network.”

Focusing on the issue that has caused so much acrimony – the changes to the pensions – Gilliland said: “The business’s financial position is improving but we remain loss making. Based on the advice of our Actuary, the fund’s surplus, which is currently being used to help subsidise the cost of the DB Plan, will run out in 2017.

“Once this happens, the costs to the business of meeting existing commitments will significantly increase, and this is not sustainable. We therefore need to close the DB Plan to future accrual when the surplus runs out, because it is crucial that we safeguard the benefits that members have already built up.

“We’ve done what we can following consultation and having taken further advice from our Actuary, to make changes to what we are proposing to try to lessen the impact on individuals. We are clear that our recommendation is the responsible thing to do both for members of the plan, and for the long term financial health of the business. It is currently being considered by the Trustee.”

UPDATE AT 15:00 ON 8 SEPTEMBER: Unite members to join in CWU strike

Unite has announced that its “732 managerial members will be striking from 03.00 on the same day as the Communication Workers Union (CWU) is taking industrial action on similar issues affecting the way the organisation, ultimately owned by the government, is run”.

UK Post Office: cash deposits are exceeding what we saw at the start of this year 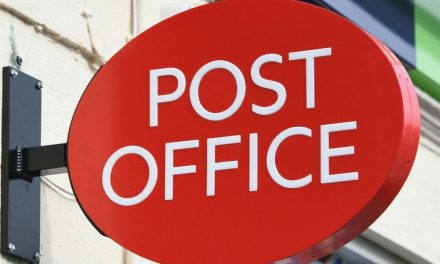