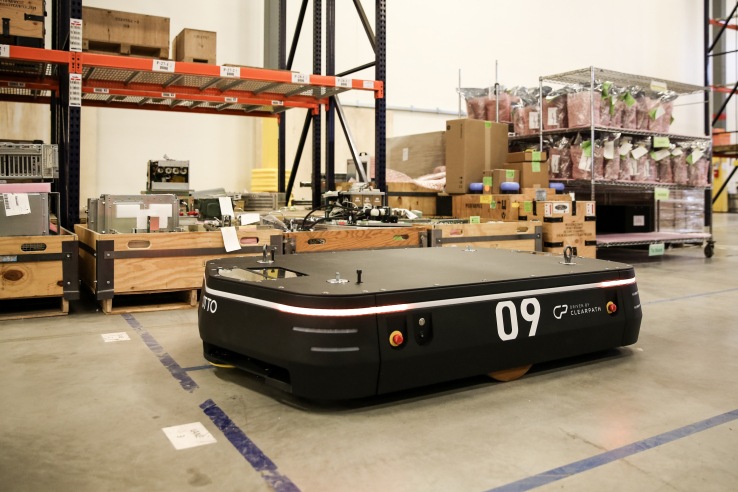 Ontario-based Clearpath Robotics, a provider of self-driving vehicle solutions for factories and warehouses, has raised a $30m in a Series B funding round. In a statement issued today (5 October), Clearpath said the investment was led by iNovia Capital with participation from Caterpillar Ventures, GE Ventures, Eclipse Ventures, RRE Ventures and Silicon Valley Bank.

Clearpath will use the funding to grow its industrial division, OTTO Motors. Clearpath launched OTTO Motors in 2015 to focus on self-driving vehicles for material transport inside manufacturing and warehouse operations. (Clearpath’s “OTTO Motors” is not to be confused with another self-driving vehicle company called simply “Otto”, which specialises in trucks and was recently acquired by Uber.)

Summarising why he believed the factory floor may prove more receptive to autonomous vehicles than the public roads, Matt Rendall, CEO and co-founder of Clearpath, said: “Factories operate like small indoor cities, complete with roads, traffic, intersections and pedestrians. Unlike city streets, a factory floor is a controlled environment, which makes it an ideal place to introduce self-driving vehicles at scale. Companies like Google, Tesla and Uber are still testing, whereas our self-driving vehicles are commercially available today.”

Companies including GE and John Deere have deployed OTTO’s material handling equipment in their facilities.

“Software-differentiated hardware will disrupt every major sector over the next decade,” added Karam Nijjar, Partner at iNovia Capital. “Self-driving vehicles are already revolutionizing transportation. Clearpath has built a world-class team, technology and customer base to accelerate that vision. Clearpath isn’t just building the factory of the future; they are laying the foundation for entirely new business models enabled by artificial intelligence, autonomy and automation.”

Established in 2009, Clearpath previously raised $11.2m in a January 2015 Series A round led by RRE Ventures with participation from iNovia Capital, GE Ventures and Eclipse Ventures to develop their OTTO product line. After launching the first OTTO product in September 2015, Clearpath established its OTTO Motors division to focus on self-driving vehicles for materials handling.