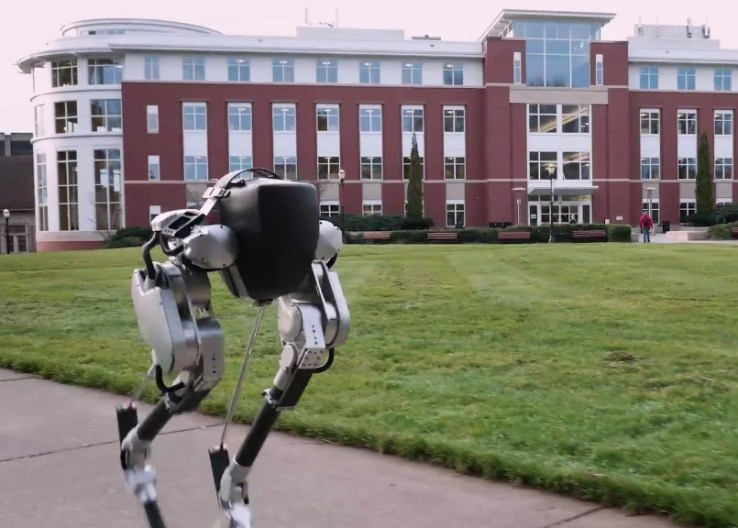 Oregon-based Agility Robotics has launched a new two-legged “walking, running” robot that can be used to make home deliveries. Readers of Post&Parcel will be familiar with the kind of wheeled delivery robots that Starship Technologies and JD.com have been developing, but Cassie’s bipedal motion means that the robot really can “go where humans go”.

When Agility’s machine is in motion it looks like a very mobile headless ostrich. As the company puts it: “We are targeting the agility, efficiency, and robustness of animal locomotion.”

Agility Robotics was spun off from Oregon State University last year. The team is led by CEO and founder Damion Shelton.

Agility Robotics has received funding from the US Defense Advanced Research Project Agency (DARPA). Military and defence applications will, therefore, be well to the fore, but the parcel and grocery delivery market is also high on the company’s agenda.

The company’s website describes the future which it hopes Cassie will help to create: “A fleet of autonomous vehicles will deliver packages to your curb; a robot will take it to your doorstep. The entire system will be fast, delivering groceries in time for dinner; it will be less expensive than shopping in a store; and it will utilize existing roads and walkways. Automated delivery logistics will revolutionize the retail market.”