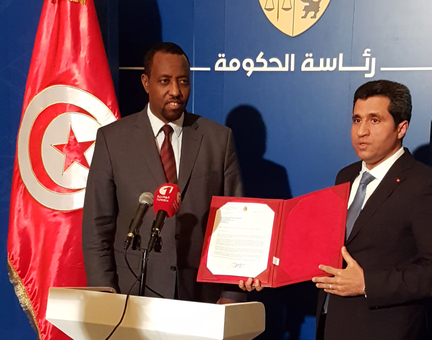 The Universal Postal Union (UPU) and the Tunisian government have unveiled plans to establish a regional e-commerce hub for Northern Africa. Announcing the start of the project during a January meeting with UPU Director General Bishar A. Hussein, Tunisia’s Minister for Communications Technology and Digital Economy Mohamed Anouar Maârouf said Tunisia had all the assets needed to establish the hub.

“The project is part of a national strategy for the facilitation of administrative procedures for SMEs, especially those having export activities,” said Maârouf.

In a statement issued on Wednesday (8 February), the UPU said: “As part of the project, Africa will establish hubs located in its Eastern, Southern, Western, Central and Northern regions, from which other spokes can be created to serve the entire content. The project will later be replicated in other parts of the world.

“The establishment of e-commerce services will be implemented by the countries’ respective postal administrations. It also allows for the involvement of private sector players in cases where the Post may not have sufficient financial capacity to run the project alone.”

Tunisia’s Prime Minister Youssef Chahed said the government had put aside 10 million USD to start the project. It will be fully funded by the government and the Tunisian Post.

A parcel and goods centre is being established at the Tunis-Carthage Airport, which will include warehouse, sorting, dispatch and customs facilities. The Tunisian Post will facilitate deliveries within the country and abroad.