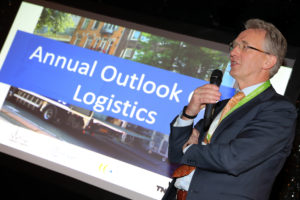 Topsector Logistiek’s Annual Outlook City Logistics Report has revealed some surprising insights about van usage. The initial findings from the report, which were unveiled at Topsector Logistiek’s Annau Conference last Thursday (16 March), indicated that the majority of vans in Dutch cities are being used in the construction, trade and maintenance services sectors – not for goods deliveries.

Furthermore, only about 2-3% of vans are being used to make home deliveries – so even if the volume of e-commerce deliveries were to double, said the report, the overall number of commercial vehicles would not increase significantly. (But of course the counter-argument might run that city congestion is now at a “tipping point” and so any extra increase in parcel deliveries could push it closer to the edge.)

However, vans do appear to contribute a disproportionately high level of particular emissions.

The full report, which will be published in April, will look at a wide variety of topics. In addition to the challenge of tackling congestion and emissions, the report will focus on the possible impact of the Internet of Things (IoT), automation and robotics and the differences between big cites and small towns.