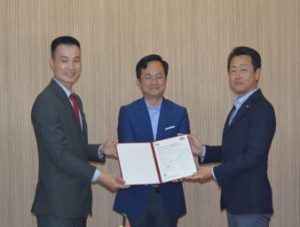 In a statement issued today (19 December), Yamato said: “Vietnam is experiencing rapid economic growth. Many companies in various industries, including manufacturing, have invested into the country in recent years. This trend is also observed in Japanese companies, which are establishing bases in Vietnam to complement their other operating locations in Asia, such as in China and Thailand. Backed by a population of over 90 million people with rising disposable income, economic growth in Vietnam is also expected to be sustained by rising domestic consumption. As the Vietnamese population with middle-income and above expands, there is now heightened interest and demand in fresh produce from Japan and Japanese food, as well as food quality and safety.

“Yamato 365 started the Cool Ta-Q-Bin service in Ho Chi Minh city from September 2017. The delivery service for refrigerated parcels (fresh food and produce) imported from Japan, which is being offered to food & beverage outlets and supermarket chains, is of the same service quality as Japan. By obtaining the PAS 1018 certification, Yamato 365 will strive to offer even greater peace-of-mind and safety standards for refrigerated delivery services in Vietnam.”