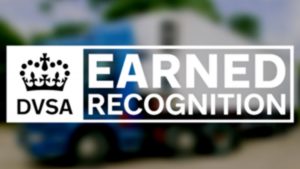 Under the new scheme, the participating companies will regularly share performance information with DVSA, such as their MOT initial pass rates and if their drivers have broken drivers’ hours rules.  In return, their vehicles are less likely to be stopped for roadside inspections (but DVSA will still stop vehicles if they’re in an obviously dangerous condition).

In a statement posted on its website, DVSA said: “From today (31 January 2018), vehicle operators taking part in a pilot of the scheme will no longer have their vehicles routinely stopped at the roadside by DVSA.

“This will let DVSA target its inspections and roadside checks at drivers and vehicles most likely to be a danger to your safety.”

DVSA said that there is still time for more vehicles operators to apply to join the pilot – but the cut-off date is 28 February. “Those applying to join the pilot will get extra help through the application process,” added DVSA.