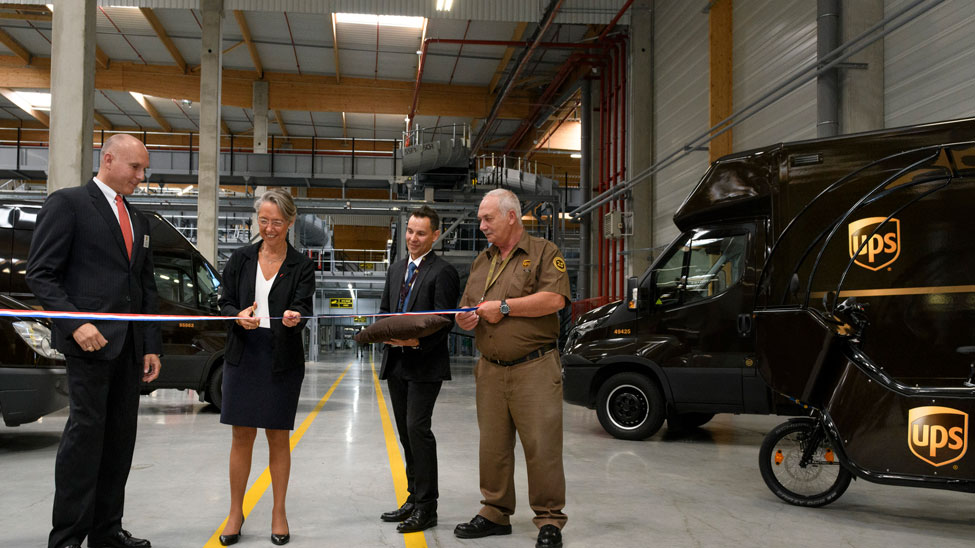 UPS has officially opened its new $100m package sorting and delivery hub outside Paris in Corbeil-Essonnes/Évry.

The French Minister of Transportation, Elisabeth Borne, the mayors of both Corbeil-Essonnes and Évry, and other dignitaries attended the opening ceremony today (26 June).

In a statement posted on the company website, Nando Cesarone, president of UPS International, said: “This $100 million advanced technology facility spans four soccer fields. And it’s the single biggest investment UPS has ever made in France.

“With modernization and growth initiatives like this new Paris Hub, UPS is helping businesses in Europe – small and large – connect with customers faster and with greater efficiency. Placed at a strategic point in Europe, the building is as modern as it is efficient. UPS’s enhancements to its European network combined with leading technology help us plug France into the global trade arena. We are especially grateful for the business-minded support from the government partners who share our growth-oriented view of France’s role in international trade.”

The building is equipped with advanced technology, automated sorting equipment and has the potential to sort up to 37,000 packages per hour, which is more than twice the capacity of the two facilities in Chilly-Mazarin and Savigny that it replaces.

The Minister for Transport commented: “This exceptional investment, UPS’s largest ever in France, is a sign of confidence: the attractiveness of France and its place in global trade also extends to our capacity in the logistics sector. This is a crucial issue for the government, which is acting with resolve to build a logistics sector for our country that is greener, better connected, better organized, and that can rely on an outstanding infrastructure network.”

UPS said the new Paris hub is a part of the company’s multi-year, $2 billion European investment plan, which aims to modernize and expand the UPS network across the continent.  Since 2015, UPS has invested in new hubs in Lyon and Montpellier, a new facility in Dijon and a combined package centre/UPS France headquarters in Paris.