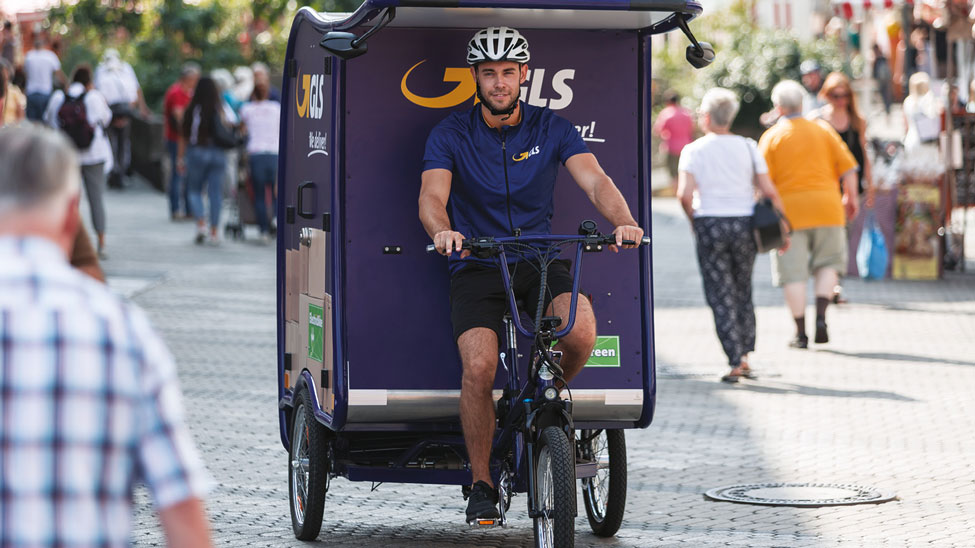 GLS Germany has announced that it is testing the use of an electrically-assisted cargo bike at its Weilheim depot – and the test route includes the city centre of Kirchheim.

The eBike can handle about 100 packages. Its battery is recharged overnight at the depot and also on the move through solar panels installed on the top of the eBike.

In a statement sent to Post&Parcel today (16 July), GLS said that the eBike was better suited than a conventional van for delivering in Kirchheim, because of the city centre’s narrow streets, pedestrian zones and limited parking.

GLS plans to run the operation as a test for around two months. Then – assuming all goes well – it will become a regular service.