UPS Airlines is retiring its fleet of 727s

UPS Airlines was founded in 1988 with seven leased Boeing 727s, and for the next decade the plane remained the backbone of the shipping giant’s growing fleet.

But by August, UPS will fly the last of its 16 remaining 727s to the New Mexico desert, where they’ll be stored.

“It’s a relatively small aircraft that has a short range. It’s been a good aircraft in the development of our airline, but today our trends are toward those larger, more efficient aircraft,” he said.

“We can take that aircraft … and carry three times the amount of volume a 727 could. So we reduce the amount of actual flights but still carry more goods than we had been carrying in the past,” he said.

In addition, “you just don’t have a lot of flexibility with an aircraft like that right now,” Giuffre said.

If problems were to ground another UPS aircraft, a 727 sent to the rescue wouldn’t always be able to carry away all the packages. “You’d be leaving things behind,” he said.

UPS has placed several orders for new planes over the past year or two, including 27 Boeing 767-300ER freighters announced last month.

The company also has firm commitments to buy 10 Boeing 747-400 jets to be delivered by next year.

The move away from the 727s won’t cost any jobs, because UPS continues to add pilots, Giuffre said.

Thirty-eight 727 second officers — the third pilot position — will be promoted to first officer.

People on the ground shouldn’t notice any change in airplane noise after the 727 leaves Louisville’s skies, Giuffre said.

The original planes were among the noisiest aircraft used in the United States, but in 1990, UPS spent about USD 400 million to install quieter Rolls-Royce engines.

Today “most all of our other aircraft are comparable from a noise comparison,” Giuffre said.

Mechanically, the planes are still in good shape, despite having flown for decades, Giuffre said. “Age is not a significant factor. The aircraft … are tested and they go through checks all the time.”

The 727s will be put into short-term storage on an airfield in Roswell, N.M., where the dry weather preserves the equipment, Giuffre said. The jets will be inspected periodically and could be called back into service if needed, for example, during the peak-delivery season before Christmas.

The planes eventually could be put into long-term storage, sold or used for parts. 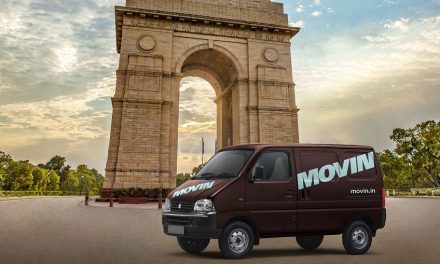