Royal Mail is set to close three mail processing plants in the Midlands region of England, with the loss of 393 jobs. The move continues its consolidation programme in response to the ongoing decline in mail volumes.

Royal Mail said yesterday that it will close mail centres in Worcester, Leicester and Derby by 2014.

With expectations that mail volumes will more than halve from 2006 levels by 2014, the company said it will only need four mail processing centres in the region.

The remaining centres will be its sites in Birmingham, Nottingham, Wolverhampton and Swan Valley in Northamptonshire.

Royal Mail said it has held eight months of consultation over the planned closures, including talks with the Communication Workers Union and Unite CMA. As a result of the consultation, it said its planned job losses had been reduced from an original estimate of 550.

Expected job losses will mostly be seen in Leicester, with 206 positions set to go, along with 98 in Worcester and 89 in Derby.

Royal Mail is also intending to move local delivery offices into the vacated mail centres in Worcester, Leicester and Derby once processing activities have transferred, in order to make use of the real estate.

However, it said reduction in headcount will be “primarily” from the original mail processing centres, not from the transferred delivery offices.

The company said it believes it can reduce its headcount without compulsory redundancies, and stated that it will continue to be a major employer in the region, with 17,700 employees in the area.

Paul Jobling, the company’s Midlands regional operations director, said: “It is hard to reduce job numbers at any time and we are committed to doing everything we can, in line with our agreement with the CWU, to make these changes on a voluntary basis.

“We are determined, therefore, through our modernisation programme, to continue providing a high quality of service and place the company on a sound, secure and sustainable footing,” he added.

The consolidation comes as part of Royal Mail’s biggest ever modernisation programmes, with the organisation shaping up for the new postal era of reduced mailing and private sector competition – and a potential privatisation.

Since 2009, Royal Mail has closed of its 69 mail centres, opening three new sites.

Average daily mail volumes at Royal Mail are now 62m letters, packets and parcels, some 22m less than the 84m peak seen in 2005. The organisation is anticipating an ongoing 5% yearly decline “for the foreseeable future”, expecting that by 2015, Royal Mail’s end-to-end volumes will have shrunk 80% within a decade.

“Our company needs to change quickly. We have to reduce our costs at a faster rate than the decline in our revenues. We need to modernise our operations, findnew business and focus on our customers,” said Jobling. 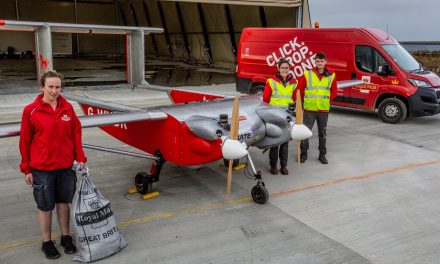