The US Postal Service is set to start its same-day delivery trial in San Francisco next month, after winning approval from regulators. The Postal Service confirmed to Post&Parcel yesterday that its Metro Post service will run for a one-year period starting on 12th December, delivering products that consumers have ordered online.

The service could be expanded to other metropolitan areas if the San Francisco trial proves successful, but USPS would need additional regulatory approval to do so.

“We believe Metro Post will be a game changer,” he said, “offering customers an improved shopping experience while allowing USPS to achieve a core goal of growing the package business.”

The Metro Post service is being run with up to 10 retail chains that have both an online presence and physical “brick and mortar” stores within the Northern Californian city and elsewhere in the US.

USPS said it was working only with online retailers that have a physical presence so that their stock is stored locally to the consumer, facilitating same-day.

Friess explained: “The brick and mortar presence is to have a location for goods to be sourced within that narrow range of zip codes for a same day delivery.”

The trial will initially involve about 200 packages per day, originating from purchases made online or from a participating retail store, delivered within the San Francisco area. Ordering cut-off times will be between 2pm and 3pm, with deliveries expected to be made between 4pm and 8pm the same day.

A number of companies are looking at same-day delivery demand in the United States at the moment, including ecommerce giants eBay and Amazon, the world’s largest retail chain Wal-Mart and parcel carrier UPS.

USPS told regulators that its pricing for Metro Post would be within the price range of same-day delivery competitors, although it is currently keeping its pricing details confidential.

The Postal Service told the Postal Regulatory Commission that it believed Metro Post would not dislodge existing same-day courier businesses in local markets, as those companies largely operate in the market for delivering time-sensitive documents, medical items and perishable goods. “These items fall outside the intended scope of the Metro Post market test,” said USPS.

Approving the Metro Post trial earlier this month, the Commission waived the normal $10m revenue limit on trial services, with the understanding that the San Francisco operation will not bring in more than $50m in its year-long duration.

The regulator noted that if USPS decides Metro Post should become a permanent product, the Postal Service would need to apply for a new approval. 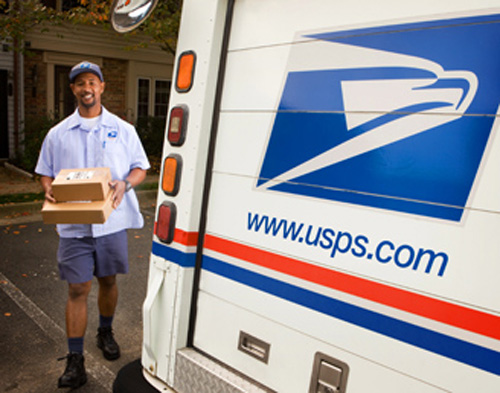 Expanding its market share in the package business is one of the key priorities for the US Postal Service at the moment, along with a strengthening of the business-to-consumer delivery channel, as it seeks to haul itself out of its current financial crisis.

With USPS letter volumes dwindling, package shipping services have been one area of bright prospects for the Postal Service, which posted a $15.9bn loss for the 12 months up to the end of September.

In its latest fiscal year, USPS saw a 15.5% increase in its parcel services volumes compared to the 2011 year, with revenues up 27.2% year-on-year, although the numbers were affected by monopoly products transferring into the competitive shipping portfolio. First Class package services saw an 18.7% year-on-year increase in revenues, and a 10.5% volume growth, largely thanks to increased online shipping.

The start of the Metro Post trial comes just as parcel volumes peak ahead of Christmas, with delivery speed increasingly important closer to 25th December.

USPS is predicting that during this year’s festive season it will deliver 365m packages across the country.

Online shopping sales in the United States have grown from $72bn a year in 2002 to more than $250bn in 2011, and the National Retail Federation is predicting that holiday season sales will grow 12% this year, to nearly $100bn.

Along with innovative new products and services like Metro Post, the Postal Service is currently working to tap the ecommerce growth through efforts to achieve 100% visibility for its package services through its Intelligent Mail package barcode system.

Gary Reblin, the USPS vice president Domestic Products, said: “USPS is committed to providing customers with timely, reliable and accurate delivery service at reasonable prices so they can enjoy this special time of year.”

DeJoy: We are a Postal Service taking charge of our own destiny