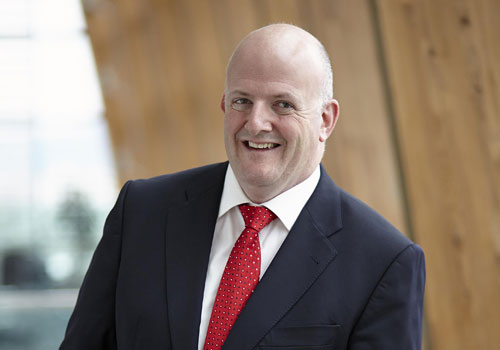 Over the last decade, the winds of change have blown through the delivery industry. Their overall effect has been considerable.

Parcel volumes continue to climb ever higher, spurred by the amount of goods bought online while postal traffic is in steady decline.

This week, Ireland learned of yet more transformation which, although not as tempestuous in itself as other developments, could still be felt far beyond the country’s borders.

An Post, the national postal operator, has revealed plans to create a network of household locker boxes which, it suggested, might begin operation during 2015.

It is a nod to the company’s own shifting circumstances. By its own admission, An Post has been keen to claim a share of growing parcel business while the amount of letter post that it handles has dropped by roughly 35 per cent in the last seven years.

The announcement is something which we welcome. As Nightline found out when preparing to launch the Parcel Motel locker terminal which now extends right across the Republic of Ireland, consumers want convenience and choice.

However, I would suggest that whilst An Post’s move is a positive one, still more could be done to maximise the potential benefit that it represents to households and businesses.

The mailboxes which An Post is proposing to use would be secured with a lock and key. The logistics involved in delivering items to such ‘old school’ technology makes access by a number of different firms impractical and throw up all kinds of issues. For instance, will drivers go about their rounds with huge numbers of keys?

If the answer is to limit those operators which can make deliveries, then that amounts to constricting choice, something which would be a retrograde step and could choke the very increase in parcel traffic which An Post and others are looking to exploit.

Even before An Post’s news, next year was always going to be a momentous one for the delivery sector in Ireland. After much deliberation, the country will become the first in world to have a unique postcode for every single address. That presents great opportunities to make what all of us in the post and parcel sector do even more efficient, especially by taking advantage of evolving sortation and delivery technology.

Instead of key-controlled access, we could be talking about a system installed by An Post providing all carriers the ability to use proximity cards or swipe cards to deliver goods. Maybe An Post could charge those other operators to use their boxes, similar to the sort of Downstream Access to the established mail system envisaged under the European Postal Directive.

That approach would create a commercially-sustainable infrastructure which reinforces the ability of consumers to choose who they want to deliver their goods. It is a point consistently made by more than 100,000 people who have subscribed to Parcel Motel in the two years since it launched.

I would argue that there is – literally – an additional dimension to the process which An Post has begun by inviting tenders for its locker boxes.

If the boxes are to amount to a real benefit, they need to be able to be flexible enough to handle post and parcels of varying shapes and sizes. Isn’t it time, then, that we took the opportunity to review a standard mailbox size which has been around since the 19th-century?

Unsuccessful attempts have been made to promote a new, Europe-wide standard, something which, as the continent’s officials try to increase cross-border e-commerce, becomes more of a necessity.

Were An Post to pull all those strands together in a forward-thinking locker box venture it would be demonstrating itself to be technologically astute and topical. It would have my support and, I would guess, those of my peers as well.

More importantly it would show Irish consumers that those overseeing their Universal Postal Service are able to provide service of the highest order.