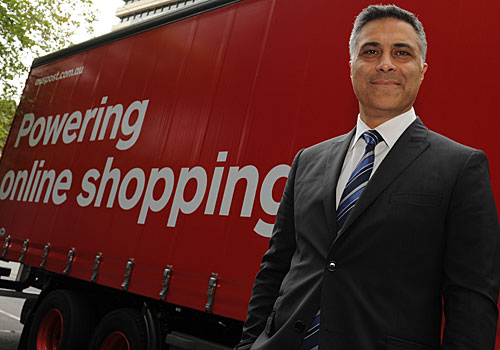 Australia Post has opened an upgraded parcel sorting centre in Sydney in time to boost its capacity in peak season. The company said the new Sydney Parcel Facility in the Chullora area, west of the city centre, includes state-of-the-art technology to double the processing capacity at the site — as well as improving tracking capabilities, reliability and worker safety.

The technology should mean a 50% reduction in manual intervention in the plant’s processing activities.

The upgrade comes as part of a $2bn investment in the Australia Post network intended to underpin the company’s move to become more of a parcel delivery business as letter volumes decline.

A similar upgrade is taking place at the company’s Melbourne Parcel Facility at Sunshine West, a suburb of Australia’s second largest city, and is expected to open next week. It will see capacity rise from 9,000 parcels per hour to more than 23,000.

Together, the two upgraded facilities will be able to handle 1.3m parcels each day, twice the amount as before the upgrades.

Ahmed Fahour, the Australia Post group chief executive, said the upgrades were part of a programme to ensure businesses and consumers benefit from the rapidly growing $15bn e-commerce industry.

He claimed: “Australia Post provides our customers access to an unrivalled delivery and retail network in Australia. This investment will allow us to deliver significant improvements to our customer experience, with improved reliability and visibility of each parcel’s journey through our network and more delivery choice and control.”

Fahour said that as it did last year, Australia Post is expecting to handle record volumes of parcels at Christmas.

“Residents, businesses and consumers can rest assured that we are ready and raring to go this Christmas,” he said.

The MyPost Deliveries service will allow consumers to choose to have parcels delivered at their home, a nearby post office, a work address or a parcel locker.

Fahour said: “As people’s shopping habits have changed, so have their delivery demands. Australia Post is giving its customers more choices than ever with the launch of MyPost Deliveries.”

Australia Post: no posties will be removed from the delivery service