GeoPost to push for international growth by rebranding as DPDgroup 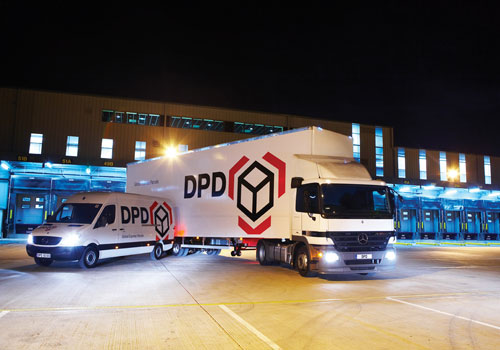 La Poste Group’s international express parcels business GeoPost Group is rebranding as “DPDgroup” to help accelerate its growth internationally. The company said yesterday it wants to assert a stronger presence in there European market, where it claims a number 2 position.

All of GeoPost’s business activities in courier, express and parcels will now take place under the DPDgroup brand, building on the public recognition its trading brand DPD already enjoys.

Along with a new group logo and brand identity, which will be deployed in 22 European countries, the company’s subsidiaries Chronopost, SEUR and Interlink Express in respectively France, Spain and the UK, will gradually adopt the DPDgroup visual identity.

In France, Exapaq will adopt the DPD brand, with all GeoPost subsidiaries uniting under the DPDgroup brand.

The company said rebranding will take place over the next two to three years.

As DPDgroup, the company said yesterday its strategy will be to build on its “strong” position in the business-to-business market, while expanding its business-to-consumer side to become the “benchmark” for home delivery.

Plans are particularly to target growth in e-commerce delivery, with the key selling point being its efforts to provide convenience in its parcel delivery services.

The Group said its B2C activities are rapidly developing and will soon represent 50% of its group business.

To continue seeking market share in home delivery, the company will look to expand use of its interactive delivery technology, Predict, and its Pickup-branded parcel shop network.

The firm said 95% of the population of France, Germany, Belgium, the Netherlands and Luxembourg is already within 15 minutes of a Pickup location. The parcel shop network is being expanded to the UK and Spain this year, bringing the total number of locations in Europe to 22,000.

Priority will be given to making sure Predict — which offers consumers a delivery window as narrow as one hour — is available in 20 countries.

Last year the GeoPost Group acquired Polish firm Siódemka, through DPD Poland, to claim the number one spot in the Polish market with EUR 240m in annual sales.

The Group also took control of UK-based cross-border shipping specialist wnDirect, while building its UK capacity by starting to build a new hub in Leicestershire, planning on upping capacity by 65% by this September.

The GeoPost Group has also forged an alliance with Japan Post through its shipping partner LentonGroup, which is now 34.7% owned by GeoPost, 14.9% by Japan Post, to build its positions in Asia-to-Europe shipments.

The company said it achieved growth two times higher than the wider market in 2014.