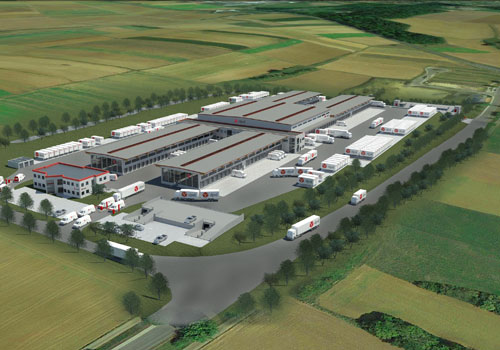 The planned capacity will also have the potential to be expanded “significantly” in future.

Up to 300 employees will be based at the site, which should be commissioned in the autumn of 2016.

Thomas Ohnhaus, the regional manager for southern Germany at DPD, said: “With the capacity at the new location we will be well prepared for rising parcel volumes at DPD, particularly the expected arisings for individual recipients.”

The 77th facility in the DPD Germany network, the new Nagold plant will support existing depots nearby in Ludwigsburg, Villingen-Schwenningen and Wendlingen. Its 50-kilometre radius catchment area will include an important economic area south of Stuttgart, the company said.