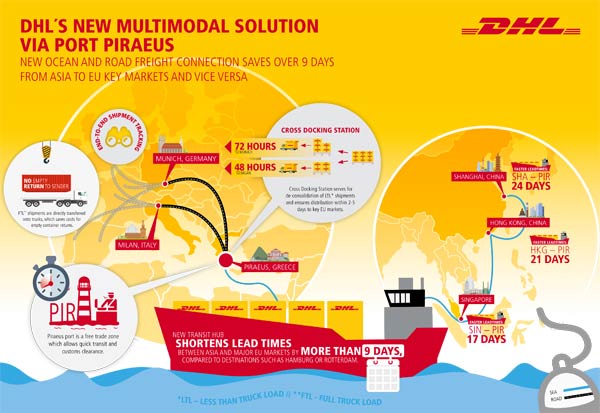 DHL Global Forwarding, Freight has announced that it is further expanding its multimodal service solutions in Europe with a new ocean and road freight connection between Europe and Asia, Northern Africa and the Middle East. The new transit hub is located in the Greek port of Piraeus, which DHL says will offer a geographical position for shorter end-to-end lead times for ocean freight shipments between the Far East and Europe and vice versa.

According to DHL: “Customers benefit from shorter transit times, day-definite full-truckload and daily less-than-truckload departures, and distribution from Piraeus within two to five days to key markets in Europe via DHL Freight’s network. Further advantages include customs clearance and end-to-end transparency over shipments. The new service saves over nine days of transit time compared to traditional ocean freight destinations such as Hamburg or Rotterdam.”

Kostis Soukoulis, Country Manager Greece, DHL Global Forwarding, Freight, added: “This new multimodal solution via port Piraeus allows us to provide our customers with faster lead times between Europe and megacities such as Hong Kong, Shanghai, and Singapore, along the maritime route of the ancient Silk Road.” 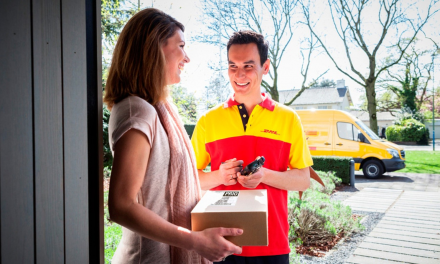