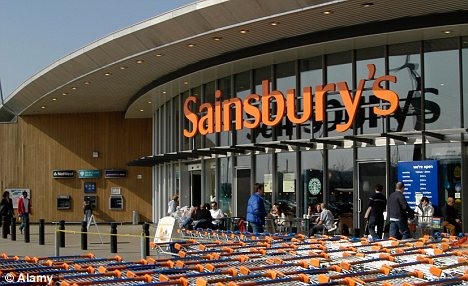 In its latest quarterly trading statement, Sainsbury’s reported that it had “record Christmas week” while the groups’ recent acquisition Argos saw “strong growth” and “record levels of online participation”. Commenting on the results, Mike Coupe, Group Chief Executive, said: “We had a record Christmas week, with over 30m customer transactions at Sainsbury’s and over £1 billion of sales across the Group.

Coupe continued: “Our Groceries Online and Convenience channels performed well, achieving over nine and six per cent sales growth respectively and at Argos we saw record levels of online participation. Online sales made up 18 per cent of total Group sales in the quarter.

“At Argos we delivered strong growth in the quarter, driven by the key Black Friday and Christmas trading periods. Our Argos digital stores in Sainsbury’s supermarkets are performing well, as awareness of the convenience of shopping at both Sainsbury’s and Argos under one roof grows among our customers.”

Argos like-for-like sales for the quarter were up 4% – which was more than analysts were expecting.

Over the Black Friday period, 65% of Argos sales were taken online and a quarter of a million Fast Track deliveries made over that weekend.

The Sainsbury’s statement added that there are now 30 Argos digital stores and three Habitat stores in Sainsbury’s supermarkets and over 200 digital instore collection points where customers can collect their Tu clothing, eBay purchases and DPD parcels.