PostNord has reported that “sharply declining mail volumes” and the “rapid pace of digitization” impacted its performance in 2016 – but it believes it has a “sustainable model” which will bring results. The group’s net sales for the year totaled SEK 38,478m, compared to SEK 39,351m in 2015. Adjusted operating income was SEK 500m, down from  SEK 927m.

The decline in volume and income was most notable in Denmark. However, PostNord’s President and CEO  Håkan Ericsson, said that – in order to turn around the Danish situation: “A decision has been taken to introduce a new financially sustainable production model for the future.”

Ericsson explained in more detail: “In Denmark, where the Danish government’s digitization agenda has made the country into probably the most highly-digitized country in the world, the scale of volume losses in the mail business is continuing to grow. Over 2016, the volume of priority mail fell very sharply and since 2000 has declined by approx. 90 %.

“Denmark’s new Postal Services Act, passed in 2016, has now put regulatory conditions in place that will enable the Danish business to adapt more effectively to the volumes to be handled.

“PostNord has therefore decided on additional measures, in the form of a new production model to be introduced.”

But the turnaround won’t happen overnight.

Ericsson continued: “The transformation of PostNord Denmark will take several years to implement in full and is expected to lead to major restructuring costs and losses during the period of adjustment.”

The PostNord CEO also outlined how transformation plans are also underway across the group: “The downturn in mail business is common to all national postal corporations. The outcome is that business models must be reviewed from the bottom up in order to adjust to the trend we are seeing in Denmark, where letters are gradually becoming a niche product. This trend means that systems of postal regulation will have to be adapted.

“In Sweden, the decline in mail volumes is accelerating and new government digitization initiatives in communications between government agencies and private individuals and businesses are being rolled out. We are looking forward with confidence to the new postal services bill that the government has announced for May this year. The bill is expected to create better conditions for continuing to deliver a good postal service throughout Sweden under reasonable financial conditions.

“We also need to adjust if we are to generate good profitability in our growing and very strategically important logistics business. This will be especially important in the consumer-led segment, which is being driven primarily by the rapid growth in e-commerce. PostNord has long held a strong position as an expert in e-commerce logistics and is a leading supplier in the industry. Our offering is now being expanded on the basis of an even more clearly defined consumer perspective.

“The robust measures implemented in 2015 to realign our operations in Sweden and Denmark created certain quality problems. During the summer and autumn 2016, our quality in Sweden in particular came under scrutiny by the government, the media and our owners. In the second half of 2016, we stepped up our quality, which now maintains a generally satisfactory level, even if areas for improvement remain.

Ericsson ended on an upbeat noted: “With the right priorities, solid experience, greater receptiveness and an ever-increasingly competitive business, we are well equipped to deal with the current paradigm shift that postal corporations worldwide are encountering. Through our decision to build a sustainable production model for the future, PostNord will take the next important steps in its evolution into the leading logistics company for private individuals and businesses in the Nordic region.” 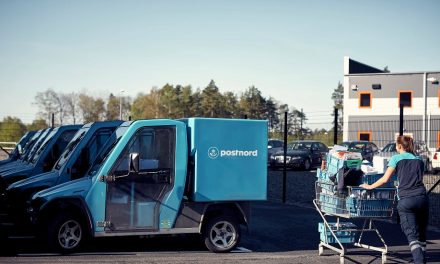