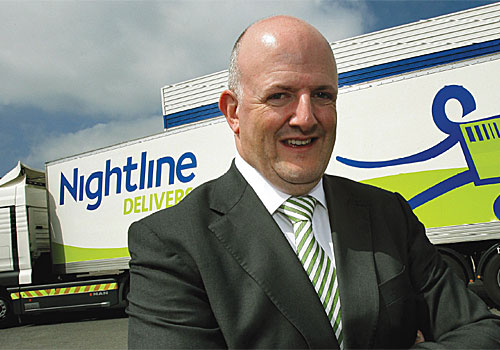 Ireland-based delivery firm Nightline has announced the creation of a ‘Premium’ fleet of vehicles, in order to handle its growing volume of same-day deliveries. The launch by the Nightline Group coincides with the firm’s decision to expand its delivery schedule in order to meet the needs of consumers across Ireland.

Group CEO John Tuohy said that the Nightline is now making deliveries both to homes and its network of Parcel Motel lockers seven days a week.

He added that home deliveries were also available from early morning until late evening.

“It’s all part of the necessary evolution of our delivery cycle due largely to the continued impact of e-commerce,” said Tuohy.

“Not so long ago, things such as track and trace and next-day delivery were seen as exceptional, whereas they almost have become standard across the industry. Even greater emphasis is being placed on making deliveries quicker and more convenient.

“As a result, clients are having to deal with an ever-increasing number of consumers demanding same-day and time-specific shipments and that’s something that we’re happy and able to help them deal with.

“We have taken on extra drivers and added smaller and more nimble vehicles to our fleet so that customers can have the option of taking delivery of purchases either before they set off for work or when they arrive home in the evening.

“In an effort to provide even more convenience, we are making weekend deliveries the norm. Previously, they have only been regarded as a way of processing goods bought during the traditional pre-Christmas peak.”

More than 300,000 subscribers have now signed up for the Parcel Motel system, generating a constant flow of items through the network.

Tuohy pointed out that Nightline, which in late November reported a 25% rise in parcel traffic since the UK voted to leave the European Union, was now processing more than 1.2m packages per month for the first time.