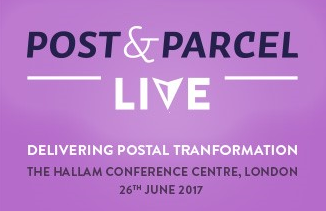 Delegates at the Post&Parcel Live seminar, which took place in London on Monday (26 June), debated how the postal industry must transform itself to meet the changing needs of its customers. The discussions at the seminar, which was sponsored by The Delivery Group and bakergoodchild, covered a wide range of issues but the overarching theme was: how can the postal industry remain profitable and relevant in the face of declining traditional mail volumes.

The key solutions appeared to be: increase the level of competition and access in the market, in order to stimulate greater efficiencies and encourage players to develop more innovative products and services; and redefine, or at least review, the nature of the universal service obligation, so it can be more of an opportunity rather than a burden.

The keynote presentations from Richard Orpin, Competition Policy Manager with Ofcom, and Mark Bigley, the CEO of Secured Mail, tackled these issues head-on.

Orpin gave a brief summary of the current regulatory framework in the UK and explained how Royal Mail has turned around from being a loss-maker in 2012 to one which is now “financially stable” and better positioned to cope with the continuing decline in letter volumes. On the whole, Orpin, added the majority of residential and business users are satisfied with the service they are receiving and Ofcom announced in March of this year that the current Framework was satisfactory and could remain in place for the next five years – although Ofcom does still “reserve the right to intervene” if it should become necessary.

But while Royal Mail does face significant competition right across the supply chain on the parcels side, the same could not really be said of the postal sector.

Whistl made a bold attempt to set up a full end-to-end (E2E) operation, but this met its own end in 2015. The reasons why Whistl’s challenge failed are still the subject of fierce debate and an Ofcom review – but most would agree that it has been a knock-back for competition in the postal sector.

Whistl, together with Secured Mail and UK Mail, is still competing with Royal Mail on the wholesale business – but three is not a crowd.

Secured Mail’s CEO Mark Bigley delivered the second keynote address at the conference – and he had no doubt that competition should be a real force for change. Bigley felt that it was vital that the players in the market should ramp up their investments in new technologies – particularly automation and tracking – which could provide increased efficiencies as well as more innovative services that meet customers’ changing needs. But he felt that it was also vital that Royal Mail work more effectively with wholesale mail operators. In particular, Bigley said that Secured Mail would like to see Royal Mail give wider access to its network – which could work for the benefit of all parties.

Bigley argued that companies in the postal industry – as in many industries – can and should take a flexible approach where they both compete and, where appropriate, collaborate.

In the second session, the Mail Users Association Chairman Ian Paterson also lamented how the demise of Whistl’s E2E operation had reduced competition in the market. Paterson, like Bigley, urged Royal Mail to be more collaborative and communicative. It should, for example, consult more with the industry and the big mail users before launching new prices.

Paterson also said that it was time to rethink the USO. “The USO was set up more than ten years ago, and users’ needs have changed,” said Paterson. “Do they still need mail everywere, six days a week?”

While it was important to retain the qualities that make the USO especially valuable, Paterson suggested that there were certainly ways that we could “work the USO better”. There were opportunities for postal workers to offer other services alongside postal delivery, and perhaps Royal Mil could engage with other companies and community networks in new ways. Paterson invited the audience to consider new ways of “Royal Mail delivering for others – and other delivering for Royal Mail” (which echoed Bigley’s pleas for more collaboration).

Bob Phillips, Director of Strategy and Regulation of CityPOST, broadened the scope of the debate by describing his company’s operations in Ireland and Portugal, and David Robottom of D&S Consultants also emphasised the importance of bringing more flexibility and competition to the market.

In the afternoon sessions, Phil Rees of Direct Entry Solutions Worldwide looked at the evolution of Direct Entry and Honeywell’s Justine Clark explained how dimensioning systems can increase efficiency in the postal and parcel supply chains. In the final session, Neale Horstead of Duplo International explained why unaddressed mail was still an important source of revenue for the industry and David Lewis of Imprimus outlined the benefits of hybrid mail.