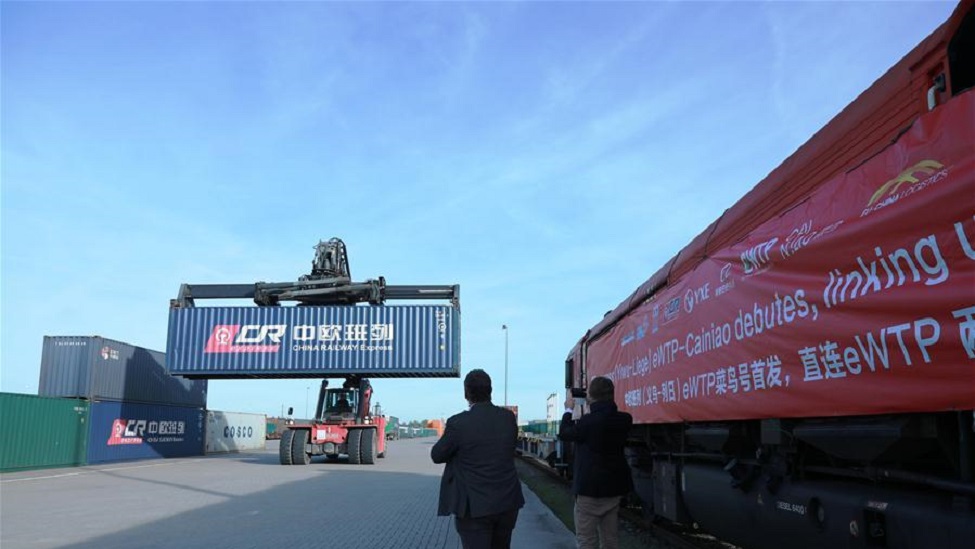 This week, the Alibaba Electronic World Trade Platform  (eWTP) Cainiao train arrived at the terminal in Liege after a 17-day journey, reports Xinhuanet.

This new freight connection is the first rail line dedicated to cross-border e-commerce between China, Central Asia and Europe.

The service is part of the cooperation between Yiwu City and Electronic World Trade Platform (eWTP) proposed by Jack Ma, founder of Alibaba.

After reaching Liege, the parcels can be dispatched to other European countries via e-hub, owned by Alibaba’s logistics arm Cainiao Network in Liege, and other regional distribution channels. The new route is expected to cut the delivery time from Yiwu to Europe by at least one to two days.

Michel Kempeneers, COO Overseas at Wallonia Export-Investment Agency (AWEX), said during the arrival ceremony: “Yiwu is at the heart of e-commerce development in China, and the departure of cargo trains offers Walloon and European exporters new opportunities to reach the Chinese consumer market at a lower cost.”

The Chinese Ambassador to Belgium Cao Zhongming said: “The opening of the China Railway Express is a further achievement in the cooperation between China and Belgium, particularly in the context of the Belt and Road Initiative.”