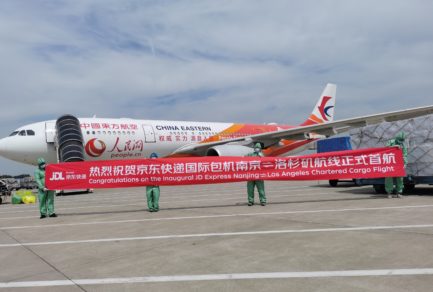 Chinese e-commerce giant JD launched its first cargo flight between China and the US on Monday (7 June), following the launch of its China-Thailand charter flight at the end of May.

The route between Nanjing Lukou International Airport and Los Angeles International Airport will be operated three times a week by China Eastern Airlines. By launching front warehouses in Shanghai and Shenzhen, the freight route will be able to deliver products from China’s two major manufacturing regions in eastern and southern China. Currently goods mainly include cross-border e-commerce products such as apparel and fast-moving consumer goods (FMCG).

With JD’s US warehouses in California and New Jersey, the flight will enable transportation from China to clients in the US as fast as 48 hours, which the company says will “greatly reduce” the fulfilment time and further stimulating goods transport between the two countries.

“Leveraging JD.com’s e-commerce advantages and the company’s overseas warehouses network, we are building an end-to-end fully self-operated route to facilitate the transport of quality Chinese products to the U.S. and vice versa,” said Stard Huang, president of JD International Logistics. 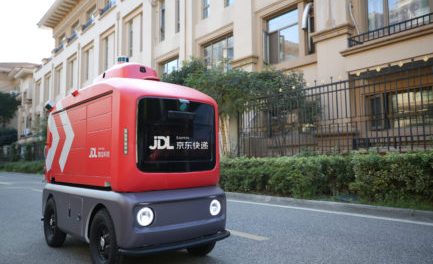