The idea of moving pallets through a network like parcels is a relatively late innovation in the logistics market arriving some 16 years ago, but once the formula was shown to work the growth was remarkable.

Now, operators are having to come to terms with market conditions unseen in the lifetime of the pallet networks. A sector that is used to growth, is having to face up to a market where volumes are starting to fall.

Pall-Ex chief executive Hilary Devey says: "Businesses across the country are currently doing everything they can to ensure their overheads are as low as possible. We are increasingly finding that traditional hauliers, no matter what their size, are choosing to use pallet networks as a way of cutting fuel costs and running their operations much more efficiently.

"Indeed, in our experience, network membership is now a vital element of a haulier's business proposition – it plays an increasingly significant and complementary part in their total service solution – even for the largest of operators," she says.

Craig Hibbert, managing director of Palletways UK Member Network, says: "While there is no doubt that these are challenging times, we very much believe the current economic conditions in the longer term present an opportunity rather than a threat."

"You can sit back and let the recession take hold," says David Brown, commercial director of United Pallet Network, "or you can be more proactive and go out and win business."

Adam Leonard, managing director of The Pallet Network, believes: "The next 12 months are going to be different to what we have experienced in the past and we are going to have to work smarter."

PalletForce chief executive Michael Conroy argues that the strong networks will continue to survive and flourish. "Increasing efficiency and continual innovation are therefore the keys to success for pallet networks, especially in the current economic conditions and our commitment is demonstrated by the new hub in Burton-on-Trent."

PalletForce's new hub is one of a series of major developments in the market over the past few months with networks expanding capacity, improving efficiency and providing more sophisticated track and trace services.

At the end of October Palletline moved from its site at Tyburn Road in Birmingham to a £20 million hub at Solihull. Palletline managing director Kevin Buchanan points out that the operator had been faced with capacity constraints at the old site that was restricting growth. The 180,000 sq ft facility sits on a 15-acre site and can process more than 25,000 pallets in a 24-hour period.

The design of the new site is unlike anything else in the industry. Typically, a pallet hub operates on the drive-through principle. This means that all the pallets have to be unloaded from incoming vehicles before being sorted and reloaded on the outgoing vehicles. This requires double handling and lots of space. The alternative is to cross-dock – but that is a relatively inefficient way of using the forklifts.

The system employed at the Palletline hub uses drive-through for unloading and docks for the loading operation, meaning a pallet can be unloaded from an incoming vehicle and taken straight to a waiting outgoing trailer.

Buchanan says the aim is to maximise the number of direct vehicle-to-vehicle movements minimising the number of pallets left sitting on the dock and boosting the efficiency of the operation. The site has 22 loading docks.

One of the reasons that the system works well for Palletline, says Buchanan, is the fact that its members tend to be larger companies that are sending more than one vehicle a night to the hub. This means one member might have trailers being unloaded while others are being loaded.

Buchanan says the hub has been designed so there are no pedestrians in the operational area – a big safety issue. Another important element of the design, he suggests, is the quality control centre which consists of vehicle scanning lanes capable of processing 80 vehicles an hour and an undercover area for load checking. This separates quality control from sortation activities and allows implementation of rigorous freight checking procedures for traceability.

Buchanan says that since the move to the new site, the time taken to process the traffic through the hub has been cut by one and a half hours.

Another development at Palletline involves reducing the number of vehicles entering city centres by providing frequent consolidated deliveries from consolidation centres on the outskirts of major towns. The City 24 concept is based on a pilot run in Norwich and Palletline plans to roll out the system across the country by Spring 2009.

PalletForce's £30 million hub at Burton-on-Trent was scheduled to go live on 2nd January and is designed to be able to handle more than four million pallets a year. The 379,400 sq ft "single warehouse" concept has been designed to give a quicker turnaround of vehicles. Conroy says: "With the pressures on all businesses to consider the environmental implications of all that they do, shared user concepts and palletised distribution networks with high calibre members, state-of-the-art hub facilities and a strong emphasis on the quality of service can only stand to gain.

"At the same time networks open up opportunities and markets for hauliers that they would not traditionally have been able to access. Previously uneconomic loads become viable and hitherto off-limit destinations like Ireland or mainland Europe, or even just outlying parts of the UK, become cost-efficient as never before. The palletised distribution model ensures vehicle utilisation is maximised and all but eliminates vehicles running empty."

Craig Hibbert of Palletways sees three trends in the market. "Firstly, instead of running their own transport, manufacturers will look to outsource to logistics providers who can provide major cost efficiency gains without affecting quality of service. Secondly, manufacturers who do not run their own fleets, will be reviewing their existing outsourced logistics arrangements to ensure they are maximising cost efficiencies in their supply chains. Lastly, the fall in orders will force lower inventories, but suppliers will still be required to provide fast and reliable deliveries. We believe all of these will lead to a shift towards pallet networks.

"This is because the pallet network model lends itself to a fast response and competitively priced distribution service for small consignments of palletised goods. It also enables the distribution of smaller volumes of goods, more frequently, which greatly reduces inventory costs. However, to seize and maximise the opportunity, the pallet network provider will need to increase its competitiveness against alternative methods of distribution. This is what we are focusing on."

Hilary Devey points out that: "The smart businesses are the ones which constantly evolve and open up new markets, using existing and proven business models.

"We know that the market is competitive, so we are constantly developing unique selling points, and whenever we spot an opportunity in the service offering we modify traditional strategies to offer a bespoke service to customers."

Conroy argues that a network based around the shared interest and shared vision of likeminded individual operators working together is a very powerful entity. "The logistics infrastructure in the UK, based on our combined membership, is stronger and more comprehensive than global logistics players. The key for PalletForce is to get this message to the market. Technology will continue to be a differentiator as companies expect the physical distribution service to be 99 per cent and are information hungry."

In the past six months, Palletways has added six new members to the network taking total membership from 106 to 112. Hibbert says: "Our growth strategy is two pronged – to secure significant market share for pan European deliveries and to continue to grow the UK business. Not too long ago some experts were predicting that the pallet network sector had matured in the UK. The state of the economy over the next 12 months may just be the catalyst for a new generation of pallet network customers and those providers that have stepped up a gear in terms of their offer, in terms of added value services, delivery coverage, and customer service."

Fortec is planning for growth of 15 to 20 per cent next year, according to managing director Rod Abrahams. The company is investing in IT, domestic and international sales, product development and marketing in the next 12 months.

Abrahams says it has seen a 16 per cent increase in pallet volumes in 2007 and is over 14 per cent ahead of pallet volumes for the current year. "We invested in a new £5.5 million hub 18 months ago and our objective is to create not necessarily the biggest but certainly the best pallet network in the UK and indeed Europe. Sales growth will be the priority as we move forward."

A key element in TPN's strategy to boost efficiency is a new IT system which is due to be fully operational at the end of February. This is a web-based system providing track and trace and access to PODs online. It is a development of the existing system and will enable customers to book collections online, as well as being more user-friendly and providing members with more reporting tools.

Leonard says TPN focuses on supporting its members and has no central accounts. These technological developments will give an advantage to its people in the field, he says. The one area of the market that has seen strong growth is home delivery generated by online shopping. This is a business that has grown by default rather than because it has been targeted, he says, and the question is, to what degree do you focus on this.

David Brown, commercial director of United Pallet Network, argues that technology can provide the competitive edge, pointing out that UPN has been offering live signature capture for the past 18 months. "We have a live track and trace system online and can provide a POD within seconds," he says. "Customers are very demanding these days."

The bespoke system also allows customers to book online so the whole process can be monitored. "That is generating a lot of interest – especially from potential members," he says.

UPN saw 36 per cent growth last year and 26 per cent this year. And, while the market is getting tougher, says Brown, UPN is still predicting double digit growth.

"You can grow through a recession," he says. "It will come from a mix of organic growth, winning new customers, and attracting new members to the network."

Hauliers that are not already in networks will want to strengthen their businesses, he argues. "We are not the biggest, but there is a niche for a quality network with quality systems." 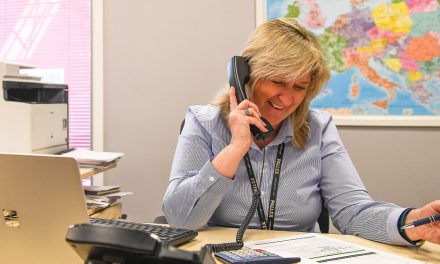 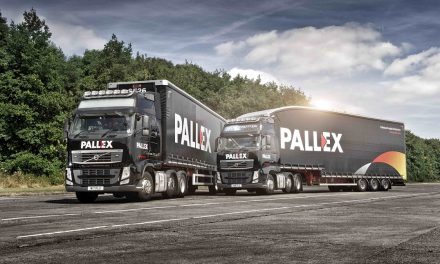 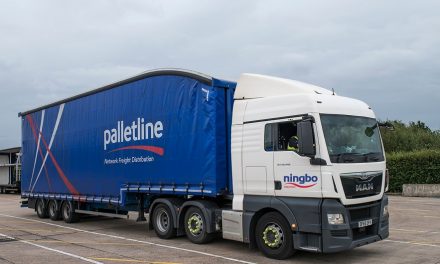