Parcel delivery company Hermes UK has launched a network of 500 parcel shops across Britain, offering alternative collection and drop-off points on the High Street. The company said the network aims to offer its retail clients more flexible ways to access their customers, and plans are to expand to 1,000 locations by the end of 2012.

Initially, the ParcelShops will allow consumers to drop off items requiring a return, but Leeds-based Hermes said plans are to extend the capabilities of the network so that consumers will be able to designate a local ParcelShop as a collection point for home delivery.

Branded with Hermes’ online parcel portal myHermes, the ParcelShops are located within local convenience stores including those in the Spa, Nisa, Premier and Co-op networks, as well as independents.

The first locations chosen for ParcelShops are in major urban areas with high levels of population density and demand for home delivery.

Each store offers opening hours from 8am to 8pm, with parcels dropped off at the ParcelShops delivered within two days on a fully tracked service. 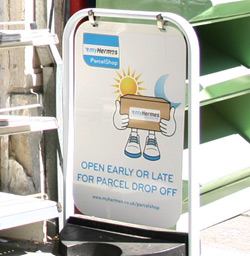 Initially, the myHermes ParcelShop network will be used for returns, before expanding to offer pick-up services

Carole Woodhead, the Hermes UK chief executive, said: “This launch now confirms our position as one of the UK’s leading multi-channel service providers with an unrivalled offering and product portfolio.

“Over the last year we have successfully introduced a number of key enhancements to our service in response to changing retail requirements, all of which are designed to give our retail customers a competitive edge.”

Hermes UK is part of the Hermes Group, which is owned by German distance selling giant Otto Group. Its sister companies already operate Parcel Shops in Germany, Austria and Russia.

The firm said launching the model in the UK has been based on discussions with key retailer customers, who have particularly pointed to the difficulty of offering returns services for online shoppers.

French-owned mail order firm Redcats is the first company to sign up to the returns service via myHermes ParcelShops.

Jonathan Bennett, head of marcoms for myhermes.co.uk , said: “This is now a highly flexible and convenient service for consumers and small businesses such as eBay Powersellers, Amazon Marketplace sellers and other niche retailers, who can choose to take their parcels to the ParcelShop early or late and have a shorter delivery timescale or enjoy the convenience of a collection from a local courier.” 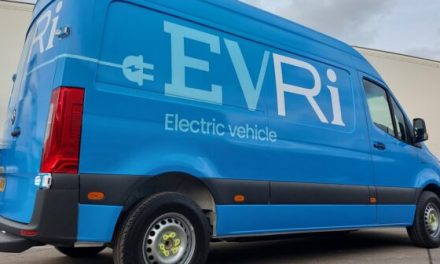 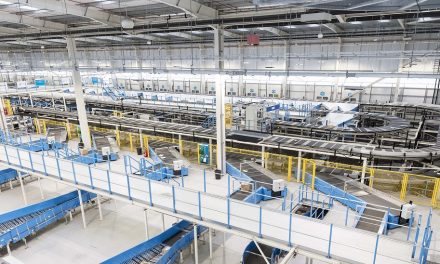