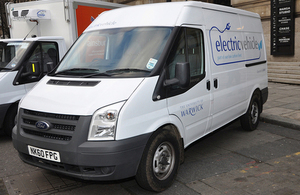 The UK Department for Transport has announced that changes to driver licensing rules will “make it easier for van drivers to switch to electric vehicles”. In a statement issued today (28 July) the DfT said that van drivers will be able to operate heavier electric or gas-powered vehicles without having to apply for a new licence.

According to the DfT: “Currently, a motorist with an ordinary category B licence for a car can drive a van weighing up to 3,500kg. Cleaner vans, especially those powered by electricity from batteries, are generally heavier than conventional diesel vans because of the battery they carry. This reduces the amount of goods they can carry or means van drivers have to apply for a category C licence with the associated costs and medical report requirements.

“Now the Department for Transport has published plans to allow motorists to drive vans weighing up to 4,250kg if they are powered by electricity, natural gas, LPG or hydrogen.”

A public consultation is now open on the proposed new measures and will last 12 weeks.