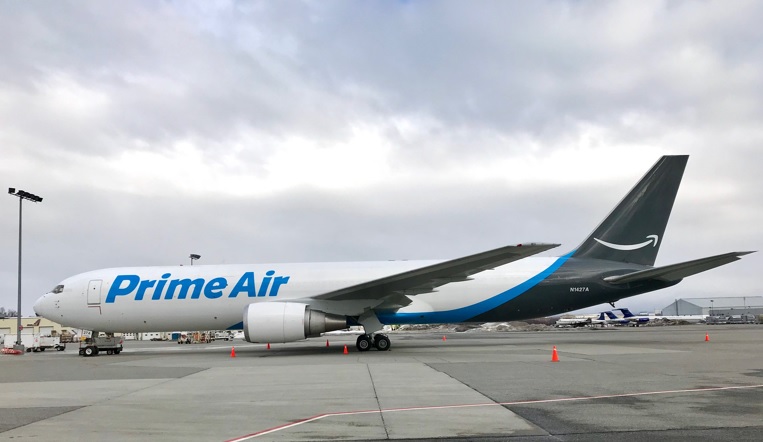 According to a tweet that Anchorage Airport published on its Twitter feed on 20 June, Amazon Air “will be utilizing the Airport’s Kulis Business Park, south of the East-West runways”.

Anchorage Airport followed up its announcement about the Amazon Air service with further tweets.

Jim Szczesniak, Airport Manager, was quoted as saying: “This is the 2nd new airline we’ve welcomed to @ANCairport this quarter, and another business being added to the airport’s business park on the former Kulis Air National Guard Base,”

The airport added that: “Alaskans may notice their @amazon #Prime packages arriving a little sooner than normal.”

Finally, there was a little self-promotion: “@ANCairport is perfectly situated to support the movement of e-commerce goods between Asia and North America, and this new business fits with our strategy of maximizing @ANCairport’s potential for development.”

The airport’s reference to the “movement of good between Asia and North America” in its tweet has prompted some to speculate that this move might give Amazon a stepping stone from which to expand its presence in Asia in the future.