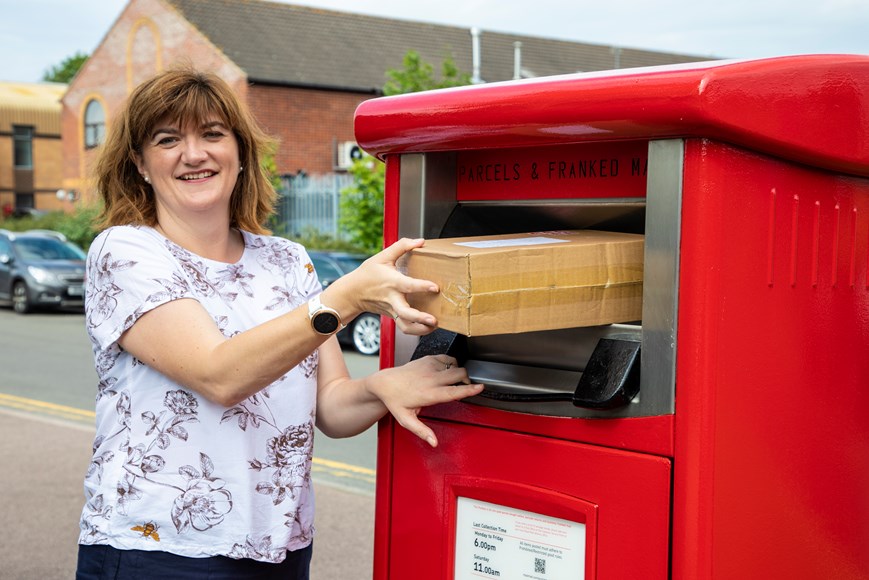 Nicky Morgan MP has unveiled one of Leicestershire’s first parcel postboxes on Prince William Road in Loughborough, following the announcement earlier this year that Royal Mail is introducing the UK’s first ever parcel postboxes in locations across the UK.

The launch of parcels postboxes across the UK will see Royal Mail convert existing meter boxes to accept parcels posted in the same way that letters are today. The postboxes include a wider aperture and secure design. The initiative follows a successful trial of the boxes in 2018.

This is the first time parcel postboxes have been widely introduced in the UK, and Royal Mail says that the launch represents the first major change of use for the postbox since it was introduced 160 years ago.

The change means that small businesses and marketplace sellers can post pre-paid parcels through securely designed parcel postboxes, in the same way that they currently post a letter. Customers will also be able to post some return parcels at any time, seven days a week.

Nicky Morgan, the Member of Parliament for Loughborough (and the Secretary of State for Digital, Culture, Media and Sport in Prime Minister Boris Johnson’s new Cabinet), said: “Small businesses are at the heart of our local economy and, given the changing way we shop and do business, with the rise of the internet and e-commerce, I welcome Royal Mail’s commitment to enable small businesses and marketplace sellers to post pre-paid parcels in the same way they currently post letters.”

Mark Street, Head of Campaigns at Royal Mail added: “The introduction of the first parcel postboxes in Loughborough means that customers can now send parcels with pre-paid postage and their returns in the same way that they do letters. The new parcel postboxes provide added flexibility to online sellers who might be running a business in their spare time and not keeping regular office hours.” 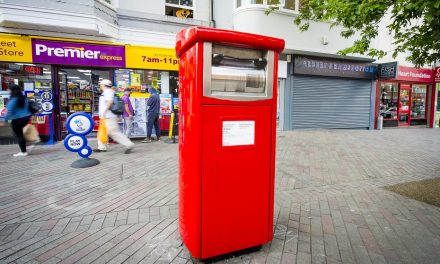