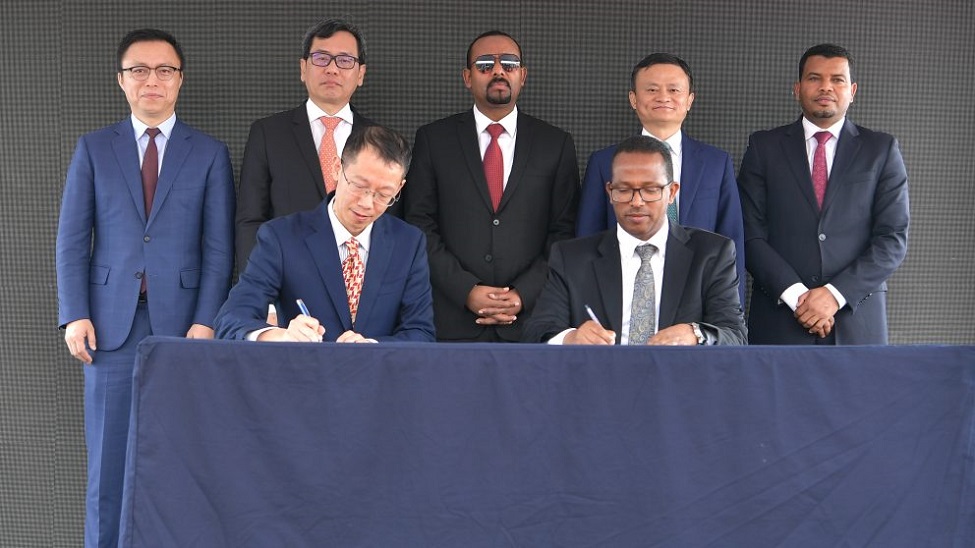 This week the Ethiopian government signed three agreements with Alibaba Group to join the Electronic World Trade Platform, an Alibaba-led initiative that aims to lower barriers to global trade for small and medium-sized enterprises through e-commerce.

The eWTP hub, the second in Africa after Rwanda, will serve as a gateway for Ethiopian products to China and new markets, as well as offer support in smart logistics and fulfillment, and talent training, the e-commerce giant said.

“Today’s signing of the Ethiopia eWTP Hub is an important step in the development of a digital economy in Ethiopia,” said Getahun Mekuria on Monday, Ethiopia’s minister of innovation and technology. “This engagement will greatly contribute to trade facilitation and open markets to SMEs not only in Ethiopia but in the wider region.”

Speaking during the ceremony, Alibaba Group founder Jack Ma said that Ethiopia needed the four “Es” in order to connect its economy with global markets: education, e-government, e-frastructure and entrepreneurs. Education is critical for any uptick in economic strength, he said, while governance handled online is more efficient and more transparent. In addition, larger and faster internet networks were essential for business today, and entrepreneurship was a driving force for job creation in any economy, Ma added.

“Africa never lacks talents – Ethiopia has 30 million young people,” Ma said, adding that the continent wasn’t short on resources or opportunity, either. “What we lack is a group of pioneers that can explore the future and believes in the future.”

Since it was first proposed by Ma in 2016, the eWTP has been recognized by the G20, as well as adopted by China, Malaysia, Rwanda and Belgium. Alibaba expects that trade between the hubs will increase as the number of eWTP hubs increases. The goal is to allow all businesses – both big international companies and SMEs – to participate in cross-border commerce.

Ant Financial Services Group Chairman and CEO Eric Jing said the company is looking forward to driving “the creation of a more inclusive, digitally enabled global economy,” as well as bringing together entrepreneurs and SMEs from not only Ethiopia, but also other African nations.

As part of the partnership, Alibaba Business School will offer digital training, providing a range of specialised programs for Ethiopian entrepreneurs, business leaders and university lecturers. ABS has already offered similar programs as part of the eWTP partnership with Rwanda, with trainings held in both the capital of Kigali and at Alibaba headquarters in Hangzhou.

Brian Wong, Alibaba’s vice president for global initiatives, said during a panel discussion following the signing ceremony that the work of these entrepreneurs was about more than just business success – it was about the success of the wider region as a whole.

“You’re doing a great thing, not just for yourself but for society as a whole by adding value, by creating jobs, whether direct or indirectly,” Wong said. “Don’t give up, embrace technology. Think about how technology fits into your business. Ethiopia has a golden opportunity here: a young, dynamic population and an infrastructure which can leapfrog straight into the digital economy.”