The European Commission (EC) has reportedly concluded its year-long investigation into Amazon’s alleged antitrust practices and is set to bring formal charges as early as this week. The case, if proved, could result in a massive £22 billion ($28 billion) fine for Amazon and new restrictions on how it operates and uses sellers’ data.

However, the international courier expert ParcelHero warns that, even if the EC does find Amazon guilty of antitrust measures, Britain may not get its share of the payout from the fine or be protected from similar data misuse by Amazon in the future.

ParcelHero’s Head of Consumer Research, David Jinks MILT says: “The EC started considering an investigation into a potential misuse of third-party sellers’ data by Amazon in 2018, before officially launching a probe into Amazon last year. The EC’s case is that Amazon has illegally used data from third-party sellers to compete against them, by launching similar products under its own ‘white label’ Amazon brand.

‘”The charges are likely to cover two main areas: the standard agreements between Amazon and marketplace sellers, plus the role of data in the selection of the winners of Amazon’s so-called “Buy Box”, a highly sought-after button that drives four-fifths of sales.

“Amazon appears to use competitively sensitive information about marketplace sellers, their products and transactions on the marketplace,” said the EC when it first launched its probe into the retailer last year. The Commission is, effectively, the European Union’s antitrust watchdog. It believes that Amazon may be in breach of its Article 101, which prohibits agreements that prevent, restrict or distort competition within the EU single market, or Article 102, which prohibits the abuse of a dominant position. This would result in a potential fine of up to £22 billion(based on 10% of Amazon’s 2019 net revenue, which was $280.5 billion/£220.1 billion according to data experts Statista), as well as new regulations prohibiting Amazon from abusing its position of trust by misusing third party sellers’ data to its own advantage.

“However, European Commission representation in the UK ceased on 1 February 2020, following Britain’s departure from the EU. The status of the EC has yet to be clarified as part of Brexit negotiations. The UK is in a transition period, so it continues to apply Union law but it is no longer represented in the EU institutions. At the end of the transition period, the EC will continue to investigate cases that apply to the remaining EU states, but competition law and anti-trust cases in the UK are expected to be transferred to the jurisdiction of the UK’s Competition and Markets Authority (CMA).

The status of cases which commence during this transition period is not entirely clear, but it is quite possible the UK Government and retailers may not get their share from any fine nor benefit from any new seller safeguards put in place in any case concluded after 1 January 2021.

“Fines imposed on companies found in breach of EU antitrust rules are collected by the EU and the money is then returned to Member States in proportion to their contribution to the general EU budget. In practice, this usually means countries’ contributions to the EU budget for the following year are reduced accordingly. The EU wants to establish a free trade agreement with the UK that will provide for cooperation on customs regulations, dispute arbitration and enforcement arrangements. However, as yet, these terms have not been agreed to by the UK Government and, indeed, may never be.

“Accordingly, as Britain moves away from the EC’s regulatory zone, the consequences may be significant if Amazon is found to have breached the law. The UK Government may not benefit from any potential fine and may lose out on new protection covering the use of third-party sellers’ data that the EC might impose. ParcelHero believes the case may serve as another early warning of how isolated the UK Government and British businesses will be if no Brexit agreement is reached.

‘The European Commission and Amazon have declined to comment on the potential charges, which were first reported in The Wall Street Journal on Thursday 11 June, but Amazon said earlier this year: ‘We strictly prohibit our employees from using non-public, seller-specific data to determine which private label products to launch.”

‘The EC also opened two antitrust investigations into a second US tech giant, Apple, this week, over its Apple Pay payment system and App Store rules. However, unless the Commission brings charges by the end of this year, the UK is even less likely to benefit from a share in a potentially huge fine or in forced changes to Apple’s sales practices if it is found guilty.” 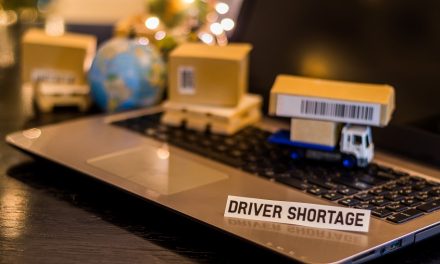