PRC regulations state that the Commission elect a member to serve as Vice Chairman for a term of one year.

Chairman Taub said he is elated Commissioner Poling has agreed to serve in the capacity of Vice Chairwoman. “She has a unique understanding of the challenges at hand and understands the importance of the regulators’ role as we navigate the complexities involved in making sure we have a vibrant postal system for years to come.”

Vice Chairwoman Poling was nominated by President Donald J. Trump and confirmed by the United States Senate, in August of 2019 for the remainder of a six-year term that expires November 22, 2024. Prior to joining the Commission, Vice Chairwoman Poling served as the Director of Governmental Affairs and Senior Counsel to Ranking Member Gary C. Peters (D-MI) on the Senate Homeland Security and Governmental Affairs Committee where she advised Senator Peters on policy issues and negotiated with stakeholders to advance bipartisan legislation. Ms. Poling also served as Senior Policy Counsel to Senator Heidi Heitkamp (D-ND) and as Counsel to Senator Jon Tester (D-MT) on their respective Homeland Security and Governmental Affairs Subcommittees, where she focused extensively on postal reform, rural access, and service issues.

“I am honored to be elected Vice Chairwoman by my colleagues. Ensuring the transparency and accountability of the U.S. Postal Service and tackling the many challenges it faces are essential parts of the Commission’s role. I look forward to actively engaging with Congress and stakeholders across the postal community to find solutions that best serve the American people, and to continuing our work in fostering a vital and efficient universal mail system,” said Poling.

Ms. Poling holds a J.D. degree from Elon University School of Law and an English degree from The College of William and Mary. She is a native of North Carolina.

The Postal Regulatory Commission is an independent federal agency that provides regulatory oversight over the Postal Service to ensure the transparency and accountability of the Postal Service and foster a vital and efficient universal mail system. The Commission is comprised of five Presidentially-appointed and Senate-confirmed Commissioners, each serving terms of six years. The President designates the Chairman. In addition to Chairman Robert G. Taub, the other commissioners are Vice Chairwoman Ashley Poling, and Commissioners Mark Acton, Ann Fisher, and Michael Kubayanda. Follow the PRC on Twitter: @PostalRegulator and LinkedIn.

Yodel “has no signs of slowing down” 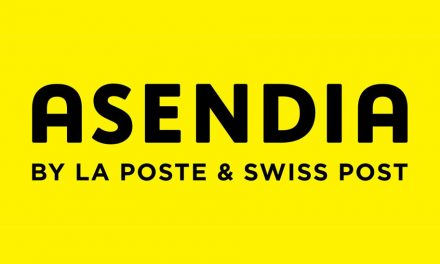 Asendia signals its commitment to the North-Asia region