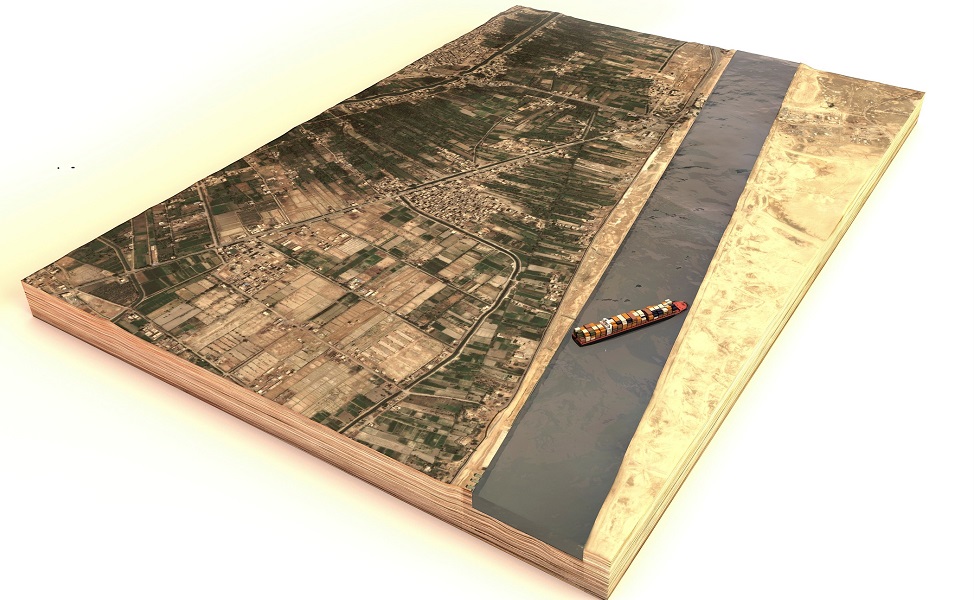 When the 400-metre long ‘Ever Given’ ran aground in the Suez Canal last Tuesday (23 March) it created a shipping logjam that will cost traders £4.35bn and delay many e-commerce items from China by weeks, warns the international delivery specialist ParcelHero.

ParcelHero welcomed the news the Taiwanese mega-container ship has been refloated; but says the impact on global trade will still be felt for months to come. The closure of the canal has increased shipping costs, created knock-on delays at ports and the loss of many perishable items.

ParcelHero’s Head of Consumer Research, David Jinks, says £7 billion of goods have been held up every day and the delay will cost global trade around £4.35bn. David says the delay will particularly impact on e-commerce orders from Amazon and other e-commerce sites.

“The 200,000-tonne “Ever Given” was carrying 18,300 containers, but that is only the tip of the iceberg. A total of 367 vessels were waiting to pass through, and officials have said it will take at least three and a half days to clear the traffic jam. About 12% of global trade passes through the canal each day.

“Many of the container ships delayed, including the “Ever Given” herself, are carrying e-commerce goods from Amazon, eBay and Alibaba. For example, the shipping and freight forwarding company Seaport Freight Services, based at the Port of Felixstowe, has 20 containers of goods stranded on the ship, including Amazon orders.

“Similarly, Seabay International Freight Forwarding Ltd., a company that handles Chinese goods sold on platforms such as Amazon, also has 20 to 30 containers on the ships waiting to transit the canal. Products for companies such as Ikea were also caught in the backlog.

“We can take it as given that the beaching of the “Ever Given” will create long-term delays. We’re all used to Chinese e-commerce orders taking a while to arrive, but we can expect everything to be on the slow boat from China for some time. Many shipments planning to use the Suez Canal will have already diverted around the Horn of Africa as well, adding another seven days to their arrival in the UK.

“It’s a bigger problem than just delays for internet shoppers, however; the German insurer Allianz says the canal’s closure could reduce annual trade growth by 0.2 to 0.4 percentage points. It estimates the blockage could cost global trade $6 billion to $10 billion a week.

‘Many companies have already chartered new shipments avoiding the canal. Shipping broker Braemar ACM says that the cost of renting some vessels for voyages to and from Asia and the Middle East had jumped 47%.