Canada Post has received the first all-electric Ford Transit Connect commercial delivery vehicle in Canada. The vehicle was the first of 10 of the battery-powered Transit commercial vehicles the company is purchasing in the next year, as part of efforts to reduce the carbon footprint of Canada’s largest delivery fleet.

The very first all-electric Ford, the Transit Connect Electric went into production only in the last few months in Livonia, Michigan. Canada Post was among only a handful of companies receiving the first batch of vehicles from the assembly line.

The vehicle is designed with fleet customers in mind, particularly those with predictable, short-range routes with frequent stop-and-go driving in urban and suburban environments, with a central location for daily charging.

“Our delivery vans travel predictable, short-range routes with frequent stop-and-go driving. these are all performance characteristics that allow for maximum benefit of the Ford Transit Connect Electric and its ForceDrive power train,” said Mr Jones.

With a 28kWh lithium-ion battery, the Transit Connect Electric offers a top speed of about 75mph and a range of up to 80 miles (130km) on a single charge.

The vehicle’s ForceDrive powertrain was developed by Azure Dynamics, which has been working with Canada Post since 1998 on low-emissions vehicle technology.

Mike Elwood, vice-president of marketing at Azure Dynamics, said: “Commercial fleets like Canada Post endure difficult duty cycles and are under constant cost and performance pressure. Transit Connect Electric is a significant technological achievement that can meet the challenge with quiet, clean and lower-cost operations.” 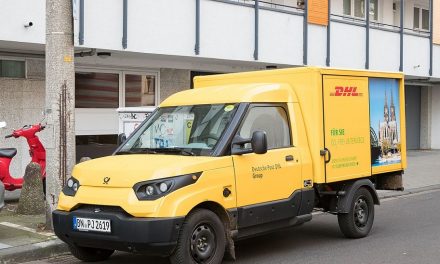