Previously president of Petros, the pension fund of the oil company Petrobras, he has promised to boost the effectiveness of staff and upgrade infrastructure for ECT, one of the largest public companies in the logistics world.

“We will work so that this company delivers its product with quality and in adequate time, anywhere,” he said.

An economist, former investment analyst and finance graduate of the University of Sao Paulo, the new ECT president has links to the country’s Workers’ Party and was a member of the governmental transition team for former Brazilian President Luis Inacio Lula da Silva, whose term ended last month.

Pinheiro said last week in his inauguration speech that reforms would be made to the corporate governance of ECT to improve transparency.

Among the changes, the roles of company president and chairman of the board of directors will be separated, while ECT employees will elect a board representative.

The minister said: “The company will have my full support and trust in the success of this challenge, since the company has a cohesive board that will know how to fulfill this mission.”

ECT’s chairman-to-be said the company would do more to help eradicate poverty and improve broadband services.

One of the first first tasks for the new board will be issuing a national public tender to attract contracting companies to assist in strengthening postal services. Last year, ECT president Matos had been tasked with clearing up the problems with the company’s tender process, but after his appointment in August remained in the post only five months.

Among its ambitions, the company is intending to franchise out its air cargo services to improve its network.

Bernardo also said last week that the government was considering the involvement of ECT in the proposed high-speed rail link between Brazil’s two largest cities, Rio and Sao Paulo.

The “bullet train” rail project was originally intended to be completed prior to the 2014 World Cup in Rio, but is now thought unlikely to be open before late 2016.

Some 80% of the country’s postal deliveries are concentrated within the two metropolitan areas, with the minister stating that having a wagon on a new rail link dedicated to the postal service would mean taking a large number of vehicles off the roads.

IATA: Safely delivering COVID-19 vaccines will be the mission of the century 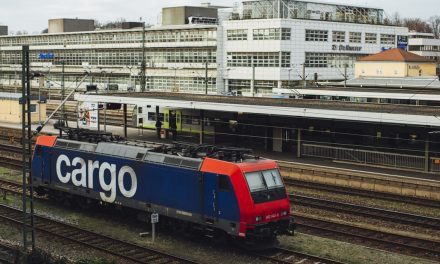