Poste Italiane’s parcel and express subsidiary SDA Express Courier has joined the European parcel and pallet logistics network Eurodis. The collaboration is set to begin in February 2012, after the company signed a co-operation deal with Eurodis back in October.

Its chief executive Carsten Siebe said: “The fact that we were able to gain the membership of one of the key players in the Italian courier express and parcel market means great progress for the long-term development of our network.

With its headquarters in Weinheim, Germany, Eurodis members include trans-o-flex in Germany and Holland, Redur in Spain, Austrian Post, UK Mail and Sernam in France.

SDA Express Courier has a network in Italy comprising 89 terminals, 11 hubs and mini-hubs and 3,500 vans, with more than 3,100 staff. The company has been operating since 1984, becoming part of Poste Italiane Group in 1998.

“The entry of SDA into the Eurodis network is a further, important step in our strategy to create a Europe-wide comprehensive cooperation of strong partners,” said Peter Umundum, parcel and logistics board member for Austrian Post and chairman of the Eurodis GmbH.

“The Eurodis network enables the involved members to extend their market position in the growing international transport sector sustainably,” he said. 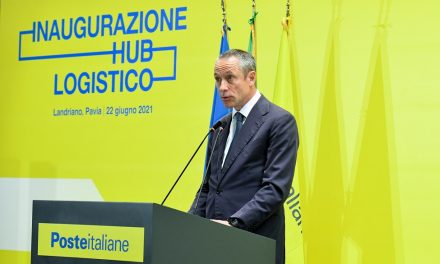