Border Bother: How the EU should grow its e-commerce trade

GFS director Stephen Ferguson discusses the upcoming EU consultation on cross-border e-commerce, and notes a surprising omission in Europe’s review of potential solutions. The impact of e-commerce on the retail and parcel industries worldwide has been pronounced in recent years.

Even though the first internet purchase was made almost 20 years ago, it’s only roughly in the last half decade that the trends, volumes and values associated with e-tailing have taken the breath away.

Whilst retailers have dashed to embrace the ability of online sales to offset whatever effects that lingering global recession has had on their ‘bricks and mortar’ establishments, delivery firms have seen their business models subjected to massive flux.

Whereas once, many dealt almost exclusively in B2B shipments, the proportion of potential B2C deliveries available has obliged them to reconsider what they do and how they do it.

Earlier this year, my colleagues at GFS compiled our second annual review of the Christmas parcel peak. It found that whereas B2C parcels had accounted for 10 per cent of the overall volumes in November and December a decade ago, the advent of e-commerce meant that, in 2011, it took up 37 per cent and was expected to match B2B numbers by the end of 2016.

The focus for that research was the UK but the patterns it established are common elsewhere too. Last year, the total value for e-commerce across Europe at very nearly £170 billion or just over €200 billion, given the current exchange rates. Almost three-quarters of that was generated by three countries – the UK, Germany and France. 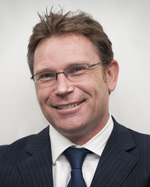 A combination of more effective sales strategies and platforms, growing popularity among consumers and vast improvements in technology have combined to make buying online as familiar as popping to the corner shop had once been.

Not surprisingly, the Eurocrats of Brussels have realised the economic benefits of extending such business further afield. In particular, they are eager to ensure as much e-commerce as possible is done among the 27 members of the European Community and have embarked on a concerted programme of research, consultation and legislation to realise what it describes as huge untapped potential.

Last year, the European Commission published the results of a study analysing the context and the issues which would need to be successfully addressed if the continent was to achieve its ambitions.

At 293 pages in length, the paper is a revealing read as much for what is overlooked as what makes it into the finished text.

Among the highlights were the facts that EU retailers earned only one per cent of their turnover from cross-border transactions and that less than one-in-three transactions resulted in a parcel travelling from one country to another.

The consultants who compiled the research came up with a series of recommendations for improving matters relating – broadly – to pricing, language, security, taxation, regulation and advertising.

However, perhaps oddly for a review of how to best exploit business generated online, IT was not mentioned as having a part to play in effecting a solution. That is despite Europe’s fresh approach to e-commerce involving Neelie Kroes, the commissioner responsible for the continent’s ‘Digital Agenda’, along with Werner Stengg, who is Head of the European Commission’s Online and Postal Services Unit.

It is also in spite of IT being fundamental in addressing every single one of the problem areas flagged up in the hefty report upon which the European Commission is likely to base its future strategy.

That study made reference to issues of knowledge and route optimisation and touched on other technological functions which have become common to modern parcel deliveries at home and abroad – things such as tracking, SMS and e-mail alerts, localised language websites, electronic claims handling, customer service, multi-carrier despatch and labelling systems.

All of those things can be – and indeed are already being – successfully tackled by the use of intelligent IT for the benefit, the convenience and the business of consumers, retailers and carriers alike.

It allows for informed customer choice, not only about what they want to buy online but how and when they might receive it. It takes the hassle for vendors out of selecting suitable or ‘best fit’ carrier partners, enabling them instead to concentrate on growing the sort of business which the EC wants to see.

What Brussels wants to bring about is not a reinvention of the wheel but, rather, a simple and effective process of pulling the different elements of a solution together. The most immediate way of presenting them all is, of course, online and that requires giving focus to how international, multi-carrier software can be better and more widely-used.

The Commission is due to launch a major consultation on the Continent’s cross-border parcel industry in October. The outcome will help determine that sector’s role in building the collective take from e-commerce in the coming years.

Whilst I might be critical and argue that the view of what the central elements of the issue are has been partial so far, it is not too late to change that. The forthcoming consultation offers everyone a chance to shape the impact which e-commerce could have on the future of the European parcel industry.

I would suggest that we all take the opportunity to make sure that, if you pardon the pun, Europe delivers.

Stephen Ferguson is the Director of International Sales for UK parcel and carrier manager Global Freight Solutions, where he is working to apply the company’s multi-carrier management software to new markets overseas. Formerly of UK parcel carrier Yodel and DHL International, Ferguson will be speaking at the Mail & Express Delivery Show 2012, in London on Wednesday