Guernsey Post returned to profitability last year according to its latest financial results, but the loss of Guernsey’s fulfillment industry is expected to wipe out nearly a third of its revenues this year. The Channel Island-based postal operator said the 12 months up to the end of March 2012 saw its income increase year-on-year by nearly 15%, to just over GBP 50.5m.

For mail as a whole, the shift from letters to parcels saw a decline in volume, but the extra revenue from parcels more than made up for the loss of revenue in letters.

Much of the turnaround from 2010’s losses came thanks to cost-cutting measures that reduced payroll costs by GBP 2m.

“The performance of the business has improved significantly, primarily due to our cost reduction initiatives but also strong growth in international mail,” he said.

In the next year, the company said it still believed it would make a “modest” profit, even though it also predicts that the majority of its top 10 customers are now set to leave Guernsey because of the end of the Low Value Consignment Relief (LVCR) system.

The LVCR – a sales tax exemption for low-value goods being imported from the Channel Islands to mainland UK – was terminated by the UK government in April. Guernsey Post said its loss was a “devastating blow” that was expected to wipe GBP 16m off the coming year’s revenue.

The company has budgeted for a 50% decline in its bulk mail volumes over the coming year as a result of major customers leaving for the USA, Switzerland and Holland now there is no incentive to ship products like books and CDs into the UK via the Channel Islands.

Despite the “uncertain” outlook for Guernsey Post following the end of the LVCR, executives said they were pleased that a number of major bulk mail customers have chosen to stay on the island, in part thanks to efforts to provide lower postal rates.

This April saw regulatory changes adopted including a move from six- to five-day delivery weeks for Guernsey Post, which along with other cost-cutting measures should help the Post counter the impact of bulk mail volume decreases.

The company’s packet and parcels business is also showing good potential, with double-digit growth in volumes last year, and a 15% growth forecast for this year thanks to a new delivery contract won jointly with Jersey Post.

“Online shopping continues to grow at an exceptional rate and packet and parcel deliveries are very much the future for our business,” said Smillie.

Guernsey Post’s latest annual report said the company has generated GBP 1.6m in cash this year, taking cash reserves up to GBP 16m, giving the company some financial breathing room to cope with the expected loss of bulk mail revenues this year.

The Post will be paying a GBP 89,000 dividend to its shareholder, the island’s Treasury and Resources Department.

After a review of the company’s capital investment needs for the next year, Guernsey Post is also proposing to hand back GBP 5m to the Guernsey government in the form of buy-back shares, if lawmakers approve this autumn.

But along with the loss of the LVCR, Guernsey Post said another major problem is causing “huge and sustained pressure” on company finances – its growing pension deficit.

The scheme deficit has “ballooned” from GBP 7.8m to GBP 12.2m with fund investments performing worse than expected, and has become a “great concern” to the company board. 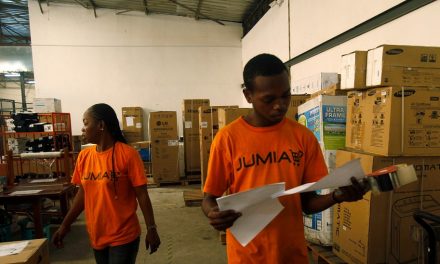