One of the US Postal Service’s major customers has called on regulators to block proposed price increases for Standard Mail next year, as it would mean direct mail customers continuing to subsidise the mailing of catalogues. Valpak, part of Atlanta-based Cox Target Media, told regulators yesterday that the 2.57% rate increase set to come into effect on 27th January, 2013, will not be high enough to cover the costs of the Standard Mail Flats service.

The company said in failing to meet its costs, USPS was breaking US postal law, and putting its own financial health at risk – as well as requiring direct mail customers to effectively pay higher rates to protect the ailing catalogue industry.

USPS filed its proposed prices for next year with the Commission earlier this month, explaining its pricing decision on Standard Mail Flats as being a balance between its legal requirement for cost coverage and its “ongoing concern about the long-term health of the catalogue industry”.

“The Postal Service maintains that the proposed prices for Flats and Letters represent a measured approach that will not only help capture additional revenue and contribution, but will also, over time, move Flats toward 100% cost coverage,” USPS insisted.

Following the filing, the Postal Regulatory Commission last week demanded more of an explanation from USPS for its Standard Mail Flats pricing.

The issue of Standard Mail Flats rates is a contentious one among different customer groups in USPS, with the Postal Service reluctant to bring in big price increases for fear of damaging mail volumes from the catalogue industry.

While Standard Mail Letter volumes – largely comprising direct marketing materials – have been growing by around 4% a year in recent years, Flats volumes have been declining by about 7% a year since 2009.

USPS says the trend appears to be accelerating this year, as more and more catalogues move to electronic media.

Valpak is known in many parts of the United States for its blue envelopes stuffed with coupons, which are mailed to about 40m households each month. It said the Postal Service was ignoring orders from regulators dating back to 2009 requiring it to cover the costs of its Standard Mail Flats service.

It suggested that the Postal Service’s promise to increase prices over time towards 100% cost coverage was “illogical – and at worst patently false”.

The company said that in allowing USPS to go ahead with its proposed price increase, which comes in below the inflation-based annual price cap, the Postal Regulatory Commission would be ignoring one of its major duties in regulating postal rates.

“It would appear to be in the best interest of the Postal Service for the Commission to strike the unlawful prices quickly,” said Valpak, suggesting that the regulators need no further information to realise that the price proposals are “illegal”, and that any delay could throw the whole 27th January price change date into chaos. 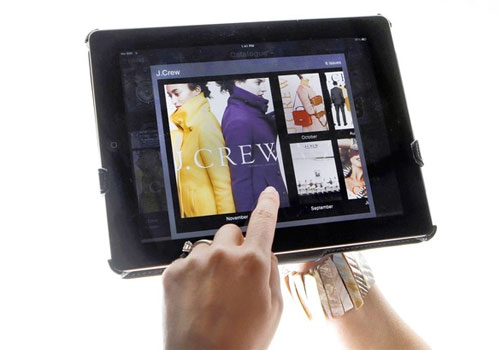 As more catalogues move online, USPS wants to protect physical catalogue mail volumes, but other mailers do not want to shoulder the burden of higher rates to pay for it

USPS said above-average postal rate increases for catalogues could send the Flats product into a “tailspin”.

“With each price increase, additional customers would be driven away, which would necessitate additional price increases as volume declines accelerated,” it warned, adding that efforts to reduce processing costs to match declines in catalogue volumes would prove difficult given the fixed nature of processing equipment and union labour contracts.

Last week the Postal Regulatory Commission issued USPS with a request to clarify its plans for Standard Mail Flats and Letters pricing next year.

The five-member panel told the Postal Service to explain how its proposals would move Standard Mail Flats towards full cost coverage and reduce the cross-subsidy of the product, and whether hiking Letters rates would exacerbate the gap in contribution between the two products.

The Commission also asked for information on how the Postal Service was progressing in reducing the operating costs for the loss-making Flats service.

In response, USPS said that although it was not raising rates above the price cap level for Standard Mail Flats, it was making progress towards full cost coverage by cutting operational costs, with its nationwide network consolidation plan striving to bring down its expenses by $2.1bn a year.