Malta’s postal regulator has slapped a EUR 500 fine on local direct marketing company Mailbox Services Group for delivering mail that can only be delivered by MaltaPost under the country’s postal monopoly rules. And, the Maltese Communications Authority (MCA) said if its suspicions were correct and the illegal postal delivery captured on camera was not a “one-off”, Mailbox Services Group (MSG) could face further EUR 500 fines for every day it operates the service in future.

The Authority received complaints from the island nation’s designated universal postal service provider MaltaPost about an unauthorized delivery by MSG.

MSG argued that its delivery was a “one-off”, with the mailing numbering less than 500 pieces and therefore the incident was “not significant”.

The regulator said it was “not relevant” whether the mailing was significant or not, particularly as Malta’s postal law does not set a threshold for mailings within the area reserved for MaltaPost’s services (addressed items under 50g in weight).

The MCA also suggested that the company’s claim that the incident was a one-off was “unconvincing”, stating that MaltaPost had “by chance noticed a person acting on behalf of MSG delivering postal articles”, taking pictures of the delivery taking place. Items being delivered were seen as postal since they included postal addresses on each piece.

MSG was warned that if it is found providing unauthorised postal services in future, it will face further penalties.

“If MSG continues to provide a postal service then it is required to have the requisite authorisation necessary for the provision of such a service,” said the regulator, adding that it would monitor the situation to check up on MSG.

“If it results that MSG is providing such a service then MCA will undertake further regulatory sanctions including but not limited to daily administrative fines which at law may be imposed up to a maximum of EUR 500 for each day of non-compliance,” said the Authority.

Company owner and chief executive Ryan Galea restated to Post&Parcel today that the incident had been a “one-time job”, and that MSG had breached the country’s postal laws “by accident”.

He suggested that although the fine was relatively small, it was part of a strategy by MaltaPost to embroil its unaddressed mail delivery rivals in the legal process, even though it already has the advantage of being exempt from charging VAT for its unaddressed mail services.

“This is confusing to some people that have been using our unaddressed delivery services for the past 10 years,” he said.

“This was a one-time service that we tried with one specific client that unfortunately technically we should not have done. MaltaPost are obviously panicking because the market next year will be fully liberalised.”

Malta has been gradually opening up its postal market to competition, but January sees the end of designated operator MaltaPost’s final monopoly area, addressed mail under 50g in weight. The market is being fully opened to competition under the EU’s postal laws.

MaltaPost suggested to Post&Parcel earlier this year that even with it monopoly protections in place, private sector competitors had been finding ways to get around the restrictions on delivery, and that it had been difficult to counter unauthorised activity.

Galea said today that his company was interested in expanding into postal services when the market is fully open next year, and his legal team were engaged with the MCA’s consultation process on regulations opening up the market, although he claimed the way the regulations were currently being formulated look like favouring the established postal system. 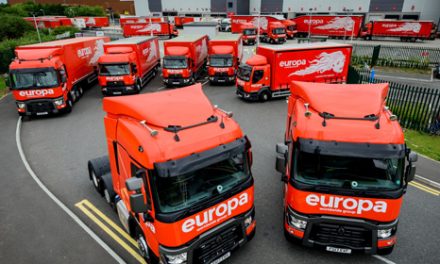