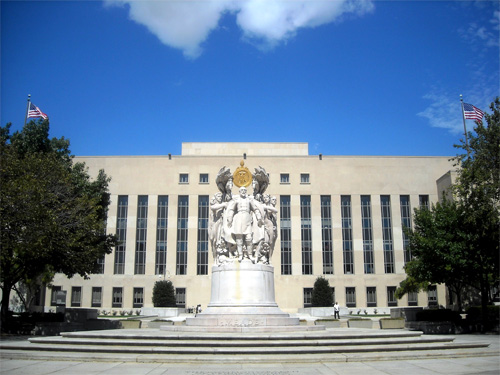 Major business customers of the US Postal Service are appealing last month’s decision by regulators to allow a three-times-inflation increase in postal rates later this month. An alliance of companies and business groups representing mailers and suppliers submitted an appeal to the US Court of Appeals in Washington, D.C., yesterday to quash the 6% increase in postage rates due to take effect at the weekend.

The price increase allowed by the Postal Regulatory Commission takes the form of a temporary surcharge on business mail that will run only until the cash-strapped Postal Service has recouped $2.8bn in additional postal revenue.

Regulators allowed the surcharge so that USPS could recoup money it lost because of the reduction in mail volumes caused by the 2007-09 recession.

However, the appeal launched by mailers suggests that the “main cause” of this loss of mail volume was not the recession, but the American public’s increased use of Internet communications as an alternative for physical mail.

The group say that US postal law does not allow USPS to inflict an above-inflation price rise, breaking its annual price cap, in order to compensate for e-substitution.

Mary G Berner, president and chief executive of the Association of Magazine Media, one of the groups behind the appeal, said the evidence used to secure the rate increase was “fundamentally flawed”.

“Increased rates will only result in more lost volume for the Postal Service,” she said. “Businesses will suffer and good people will lose their jobs. We hope the legal system will see through the Postal Service’s fuzzy math.”

The Direct Marketing Association, one of the groups behind the appeal, said that the 4.3% “exigent” rate increase allowed above the normal 1.7% inflation-based increase would deal a “serious financial blow” to both commercial and non-profit mailers.

Peggy Hudson, the DMA’s senior vice president of government affairs, said unless the court overturns the regulator’s decision, the only protection mailers have against the Postal Service’s monopoly would be gutted.

“The 6.0% postage increase – three times the rate of inflation – will not help the Postal Service shore up its financial base,” she warned. “It will simply drive mail from the system, which harms the financial viability of both the Postal Service and its business customers. It is a lose-lose proposition.”

The DMA said there was grounds for the appeal since the Postal Regulatory Commission had acknowledged that the Postal Service had failed to properly distinguish between the losses it suffered because of the recession, and losses caused by Internet substitution.

That uncertainty in the figures meant the regulators opted for a temporary surcharge instead of a permanent price increase, but the mailers’ coalition states that the uncertainty means the price increase should not have been granted at all.

The US Congress is talking about the possibility of making the 6% surcharge on business mail a permanent price increase as part of postal reform legislation now being drawn up to help salvage the Postal Service’s finances.

The US Senate’s Homeland Security and Governmental Affairs Committee is expected to meet on Wednesday to begin the process once again of assembling a Postal Reform Act. The Committee’s chairman, Senator Tom Carper, and Ranking Member Sen. Tom Coburn are reported to be proposing to make this month’s above-inflation price increase permanent, and reform the ongoing annual price cap so that USPS can raise rates by 1% above the year’s inflation rate.

The American Catalog Mailers Association sent an email to members last Friday urging them to lobby Senators to oppose the measures. The ACMA said the Senate Committee was also “effectively stripping the powers” of the postal regulator with its postal legislation proposals.

“The section also would effectively remove the Postal Regulatory Commission (PRC) from an active role in reviewing and deciding on rate proposals. That will give the USPS, a federal monopoly, full unilateral control over its rate setting process,” said the ACMA.

Separately, the Direct Marketing Association said it has also filed a motion to intervene, along with the trade associations for nonprofits, catalogue firms and magazine publishers, attempting to block the Postal Service’s appeal of an earlier decision by the regulators last month to set restrictions on the inflation-based part of this weekend’s postage rate increase.

The Postal Service is currently challenging the Commission’s move to prevent the Postal Service from requiring business mailers to be “Full Service” users of the Intelligent Mail barcode tracking system in order to claim key presorting discounts from the end of this month.