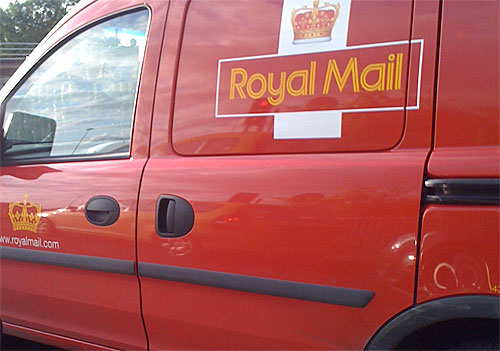 Britain’s postal regulator, Ofcom, is to investigate proposed changes to Royal Mail’s downstream access pricing, following a complaint from rivals TNT Post UK. Royal Mail revealed on Friday that it was suspending price changes subject to the investigation, which had been due to come into force on 31 March 2014.

But, the newly privatised company will not be suspending all price changes for Access customers – the inflation-based price increase will still be enacted from the end of next month, with Royal Mail saying this part of its changes is not subject to the investigation.

Royal Mail has insisted the changes it has proposed merely respond to market trends. But, it does come hand-in-hand with the growing competition in last-mile mail delivery provided by TNT Post UK, which began trials delivering mail to the door back in April 2012, and is now in the process of doubling its London delivery workforce to 2,000 people.

The proposed Royal Mail changes under investigation include a new price plan that would offer a 0.25p per item benefit for mailing customers who promise to use Royal Mail for mail delivery across 86 local districts, and who provide monthly forecasts on expected volumes up to two years ahead.

Royal Mail said of its proposal that it reflects the cost benefit it would gain from being able to plan more accurately at a local level and deliver greater efficiencies.

But, mailers using a rival company like TNT Post UK for mail delivery, rather than using Royal Mail across the 86 local districts, would not access such a discount.

Changes to Royal Mail’s zonal price differential between its four zones — London, Urban, suburban and Rural — are also under investigation by Ofcom, the company said, but argued that the changes were “reflective of relevant costs and market conditions”.

Downstream Access — where mail companies collect and process business mail before handing it to Royal Mail to provide the final stage of delivery to the door — involves more than 44% of the UK mailstream, about 70% of all business mail, about 26m letters a day.

Owned by Dutch postal service PostNL, TNT Post UK handles about half of Access mail, or about 22% of the UK mailstream.

Because much of the revenue within the Downstream Access system goes to Royal Mail for that final stage of delivery, the move by TNT Post UK to set up its own last mile delivery network provides a real financial threat to Royal Mail’s business, particularly when services are focussed on the most profitable delivery routes, highly-populated urban areas.

Nevertheless, Royal Mail said Ofcom’s investigation into whether it is attempting to stifle competition with its pricing proposals was “unfounded”.

“We considered carefully our legal and regulatory obligations before notifying Access customers of the changes. We believe that the changes are fair, reasonable and proportionate,” the company said.

“We wish to see this matter resolved as quickly as possible so that these planned changes can be put into effect to help secure the sustainability of the Universal Service.”

Royal Mail claimed that its pricing proposals were supported by Ofcom’s own guidance on end-to-end competition in the postal sector.

The Ofcom guidance to which Royal Mail referred states that Royal Mail can change prices it charges postal operators for accessing its network in different geographic areas to “ensure they are reflective of relevant costs”.

The Ofcom guidance states: “Royal Mail’s flexibility in setting zonal access prices can enable it to ensure that end-to-end competitors pay a cost reflective price for Royal Mail delivering mail in the areas where it has chosen not to enter (which may be the harder to reach, and hence less profitable parts of the UK). In this way, Royal Mail may be able to mitigate the impact on the universal service from an entrant ‘cherry picking’ by delivering in lower cost areas and handing over the rest of the mail to Royal Mail to deliver.”

However, Ofcom also notes that changes negotiated with retail and access customers are subject to competition law.