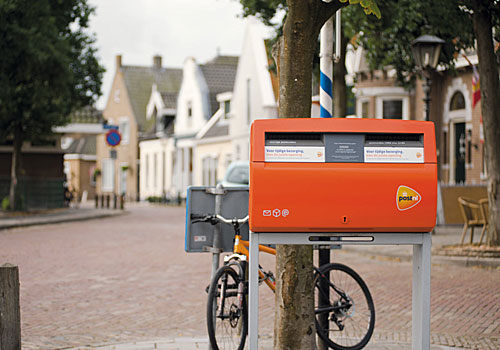 Dutch postal operator PostNL achieved “significant steps” for its future, boss Herna Verhagen said today despite a big drop in profits in the fourth quarter after selling TNT Express shares. The company recorded a 9% improvement in underlying cash operating income in 2013 as a whole, up to EUR 141m, on a revenue of just under EUR 2.2bn, which was virtually the same as in 2012 despite a sharp 11.9% year-on-year drop in domestic mail volumes.

Chief executive Verhagen said the figures were in line with expectations, with the roll-out of a new restructured mail network working out “very well” to deliver more savings than expected.

“At the same time, we achieved a delivery quality of 95.9%, which compares to 93.9% in 2012,” she said. “The improved quality resulted in an increased customer satisfaction. The EUR 95m of cost savings and the impact of price increases more than offset the higher than expected decline in addressed mail
volume.”

Verhagen commented: “2013 was a successful year which we ended with a more solid financial foundation, more engaged employees and proof of our ability to adapt to the challenging market conditions.”

PostNL’s domestic mail business, Mail in the Netherlands, saw its underlying revenues down 4.8% in the 2013 financial year, to EUR 2.06bn, on the back of sharp volume declines as customers switch to electronic alternatives to letters, and with the impact of competition. Margins for domestic mail are currently around 3.8%.

The company estimates that e-substitution will see volumes declining at rates of 7-9% from 2014 to 2017, with competition hitting volumes by a further 2-3%, taking the forecast to a 9-12% average volume decline each year.

The Parcels division saw 10% growth in revenues last year, to EUR 803m, as volumes grew by 6.7%, including 7.5% year-on-year growth in the fourth quarter. However, underling operating income dipped 11% to EUR 89m in 2013 as a result of the company taking on Austrian Post’s trans-o-flex units in Belgium and Holland. Close to 80% of parcel volumes are now flowing through PostNL’s modernised network, it said.

Verhagen said: “Parcels delivered good growth with underlying volume increasing by 6.7%. We made further progress in the implementation of the New Logistics Infrastructure. 14 of the targeted 18 depots are now operational and handle close to 80% of our volume.” 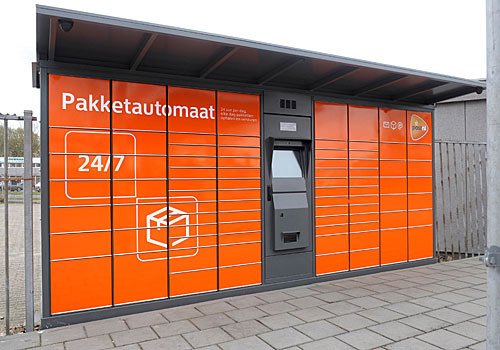 The International business achieved a 4.4% growth in revenues, to EUR 1.7bn, with operating income stable on EUR 27m. Growth comes in the UK with the company’s expanding end-to-end delivery service, and in Italy with the Formula Certa service and a developing Packets and Parcels initiative. PostNL said it has now achieved break-even in Germany with “strong” revenue growth.

This year, PostNL is focused on e-commerce in particular, extending its home delivery services for parcels, with Monday delivery and evening delivery services added, and with consumers given more control over their shipments through the Mijnpakket.nl portal and the use of 24-hour parcel locker terminals.

The company is expanding its services in Belgium with the opening of 600 retail outlets, and it is also looking to extend its position in business-to-business deliveries in the Benelux region.

PostNL achieved EUR 95m in operational cost savings in 2013, as it downsized its letter processing network from 260 locations in 2012 to 145 in 2013 and thereby reduced overheads and transport costs.

Looking forward, the company is hoping to cut costs further thanks to new postal reforms set to go before Parliament this summer, which will follow up the ending of Sunday mail collection and Monday delivery with a reduction in letter boxes and post offices.

The company is also expecting to benefit from a change to its pricing that links rates more closely to volumes.

PostNL CEO: The macroeconomic environment has deteriorated and is causing further headwinds

PostNL: These unprecedented circumstances are translating into slower volumes