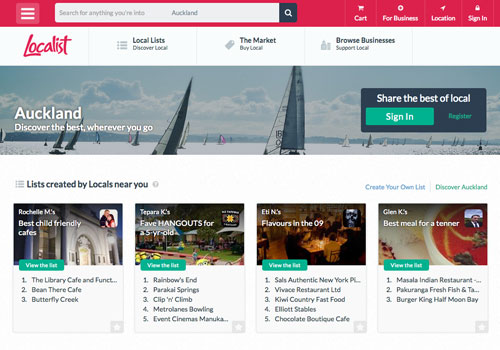 New Zealand Post has sold its social media website business Localist for an undisclosed sum, understood to be in the region of $8m ($6.82m USD). The postal operator said it sold the subsidiary to a group led by Localist’s chief executive, Christine Domecq.

Localist was launched in 2011 to provide information on local businesses in the Auckland area, including consumer-produced reviews. It launched into Wellington last year, with plans for a national roll out in 2013/14.

The company started looking for a investment partner for the project in October 2012, to help accelerate the website’s growth.

Yesterday New Zealand Post said selling Localist was part of its strategy to focus on the core business.

“The Localist business is no longer a part of that future strategy.”

The company stated in its 2013 annual report that it re-oriented its business model that year, moving to a fully digital platform by dropping its print guides, with the expectation of becoming profitable by the end of 2013.

Roche said there had been “encouraging signs of progress” at Localist in the past year, and the business has now entered a “new phase”.

New Zealand Post said it will work with Localist over the next two months to ensure an orderly transition for the business.