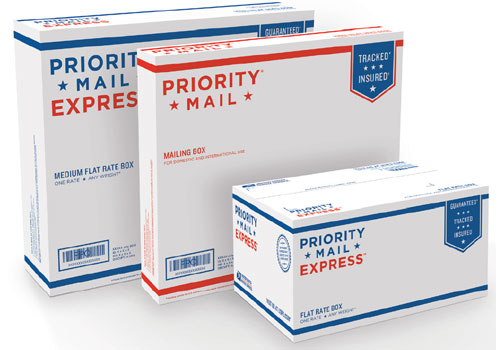 But, businesses on the Commercial Base pricing will see rates decrease 0.9% and those on Commercial Plus will enjoy a 2.3% cut.

In some categories, commercial shippers may see their rates fall by as much as 57.8%.

The rate decreases cover ground packages in the 6-20 pound range sent within the continental US.

The move to drop ground Priority Mail rates in the lead-up to Christmas will see the US Postal Service looking to build its business in e-commerce shipping.

The price decrease has been criticised by rivals UPS and FedEx, who have been increasing their shipping rates year on year, and are about to introduce new dimensional pricing.

UPS told the Postal Regulatory Commission that the Postal Service was increasing its postage rates for its monopoly services by 5.9% thanks to its “exigent” rate increase, while dropping rates for competitive services.

UPS also complained of a “dramatic decline in transparency” regarding USPS pricing for competitive products since the last postal reforms were brought in by Congress in 2006, “undermining public confidence in the fairness of the process”.

FedEx said in its comments to the regulator that USPS was making price cuts of 30-55% in the weight categories most used in e-commerce.

The Memphis-based company said such price decreases were “dramatic” and would be unheard of in the private sector.

“What USPS is proposing is an aggressive push to gain market share in the fast-growing business of e-commerce,” said FedEx. “Price reductions of such magnitude will substantially affect competing service providers and the market as a whole.”

FedEx said its customers were already pressing it for ever cheaper services because of competition from the Postal Service, but said the latest price cuts raised “serious questions” as to whether USPS was subsidizing its activities in the competitive parcels industry with rates from mailers using monopoly services.

“The time has come to reinforce, indeed to rethink, the Commission’s role in protecting fair competition in package distribution services,” said FedEx, which also noted that the Commission itself had only allowed 14 days for comments on the USPS pricing proposals, which “shut the door to meaningful comments by affected parties”.

However, the Commission ruled on Friday that the price changes “will not result in market dominant products subsidising competitive products”.

The five-member panel appointed by Congress and the President said neither UPS nor FedEx had suggested the proposed USPS rate changes were unlawful.

However, the UPS and FedEx comments were based on the fact that the key data on the USPS plans was not revealed publicly in the proposals.

Nevertheless, the Commission decided in its ruling: “With respect to the fairness of the competitive playing field, the Postal Service operates as a unique competitor in that it is subject to different rules and mandates than private sector competitors. None of
these burdens or advantages, however, are directly relevant to the issues before the Commission.”