Finland’s national postal operator Itella has revealed plans to restructure its domestic business to make the company more customer-focussed. The move follows existing measures announced earlier this year to help the business adapt to the rapidly declining letter volumes in Finland and a “difficult” logistics market.

Itella is already preparing to change its branding back to the more traditional Posti name as part of its effort to build a more sustainable business model.

Now, it has said it will structure operations in Finland with a single production division, Operations, handling the sorting and transport activities for mail, parcels and freight.

On the customer-facing side of the business, two divisions will be created to handle the marketing and delivery of services — the Postal Services unit will handle letters, publications and direct mail, while the Parcel and Logistics Services unit will operate parcel, transport and warehouse logistics activities.

The changes could affect up to 2,234 employees, but the company said it was expecting that job losses would number “at most” 319. Negotiations with union groups began yesterday.

Yrjö Eskola will head up the Operations division, which should provide internal synergies and cost savings by combining mail and parcel production.

Itella said its new structure should take effect from the beginning of 2015, when the new name Posti Group Corporation is formally adopted.

Heikki Malinen, the president and CEO at Itella, said: “The rapid increase of digital communications and the economic recession have had a dramatic impact on the postal and logistics industry. This has forced us to make difficult structural decisions in order to ensure postal services to Finnish citizens and maintain the company’s profitability.

“By restructuring our organisation to make it clearer and more customer-focused, we will respond to our customers’ expectations, reduce administrative costs and respond to the increasing international competition in the Finnish market.”

The restructuring plan does not affect Itella’s separate e-commerce solutions business, which was launched last year, or its financial process business OpusCapita, or the Itella Russia unit.

As the company restructures, it is also planning on catering more to the demand for e-commerce services, and in particular the demand for more delivery convenience for consumers. This should include a further increase in the availability of alternative delivery options for online shoppers.

The restructuring programme will kickstart a new two-year performance improvement programme, which follows on from the cost-cutting exercise started in spring of 2013, which aimed to cut EUR 100m in annual costs from the Itella bottom line by 2015. With that target reached early, the company said its new programme will aim to shave EUR 75m off the company’s operating costs. 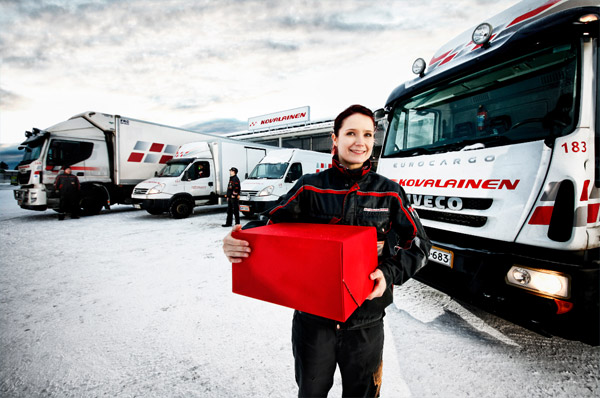