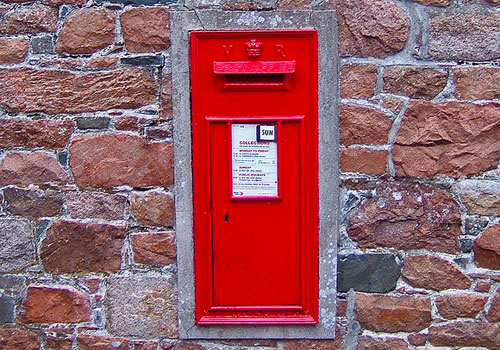 An employee of Jersey Post who masterminded a ground-breaking community initiative has won a major national award for his idea, and will be recognised for his achievement in newspapers around the world.
Joe Dickinson was in London this week being interviewed as winner of Change Maker “UK Social Innovator 2014”, organised jointly by The Community Channel and the Sunday Times. Mr Dickinson conceived the idea for Jersey Post’s Call & Check service, and led the pilot scheme last year.

The Call & Check project was initially launched as a pilot scheme in St Brelade, with the help of the parish authorities and a number of community organisations. Parishioners were invited to take part in the scheme, to receive a regular visit from a nominated group of postmen and women who check everything is alright and, if necessary, report any concerns to the appropriate partner organisation, such as medical practices, care workers or church groups. The pilot project has now been rolled out to a number of other parishes across the Island.

Mr Dickinson had no idea he had been nominated for the Change Maker award, which seeks to celebrate those individuals who have made a difference through brilliant initiatives over the last five years and which have had a big social impact.

Joe Dickinson said, “Obviously I’m absolutely delighted and honoured to receive this award and it means a great deal to me. It really confirms my beliefs that the Call & Check scheme has huge potential to benefit those people in our community who need an extra pair of eyes, or hands, to help them on a daily basis.”

Jersey Post Chief Executive Tim Brown said, “Everyone at Jersey Post is delighted for Joe. Call & Check is a perfect example of how Jersey Post is working with our community to help people live independently in their own homes, and importantly, it presents a real cost-saving opportunity for governments, not just in Jersey, but worldwide. Joe Dickinson’s achievement, in conceiving the idea in the first place and now in being recognised through this major award, is exceptional and we are all extremely proud of him.”

Joe Dickinson will be profiled in the Sunday Times on Sunday 21 September and the story will be shared with news publications around the world, from the China Post in Taiwan to La Presse in Canada. 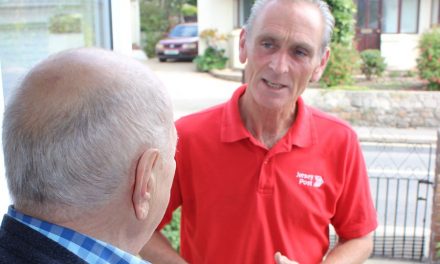 Jersey Post: our postal network can reach and connect every Island home daily